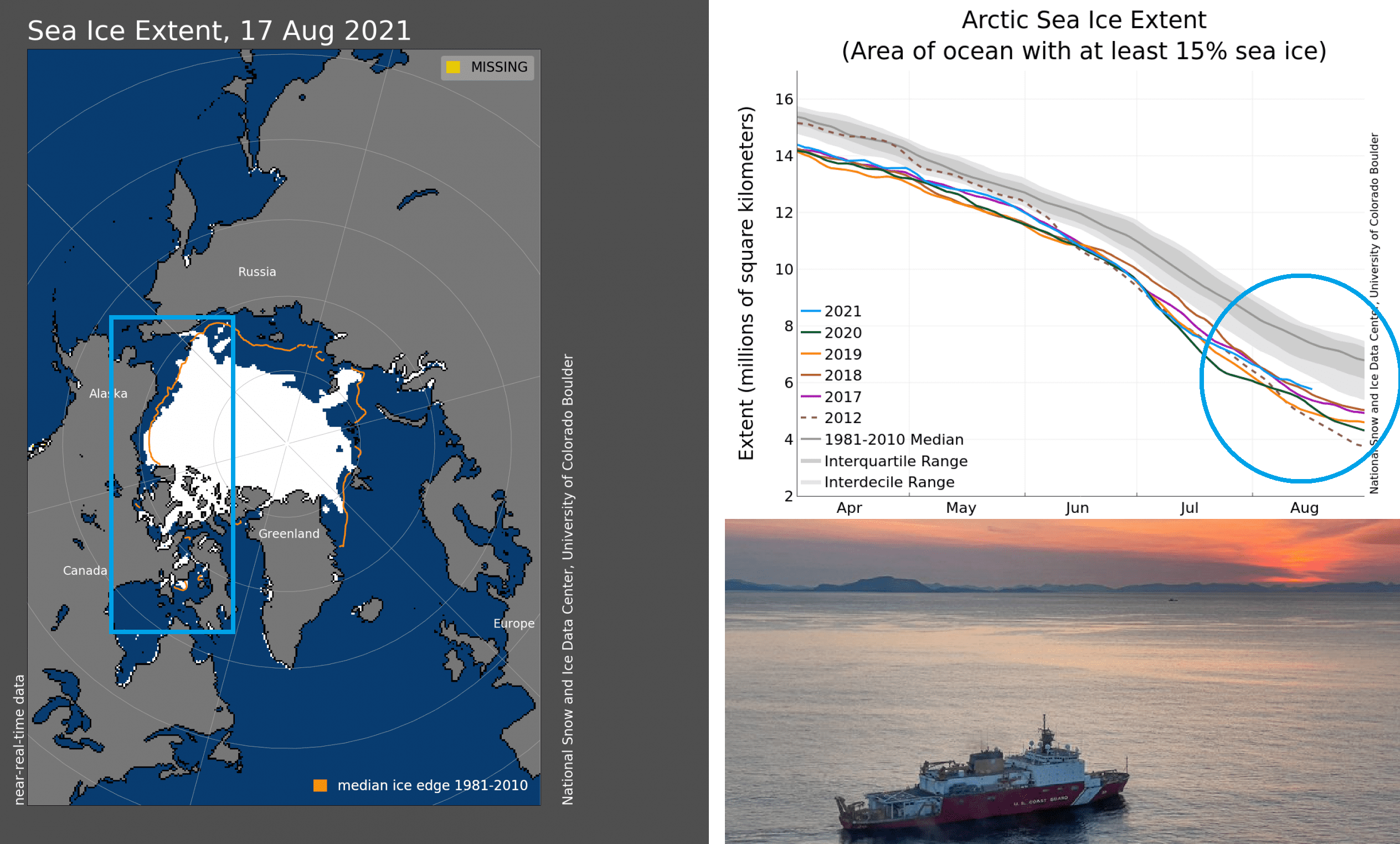 It should be the first time since the year 2008, when Northwest Passage stays closed, in 2021.

A current winter-like pattern is bringing cold weather into northwestern Canada /https://mkweather.com/the-first-snowfall-of-the-season-in-the-rocky-mountains-montana-wyoming-colorado-utah-alberta-british-columbia-yukon-nwt-alaska// – Yukon, Northwestern Territory, and Nunavut, as well as parts of British Columbia and Alberta, with frosts and snowing and it is not known, if during a period of maximum Arctic Sea Ice loss in September 2021 situation will be better and summer will return.

While Eurasian and Greenland´s sector of Arctic is showing big sea ice losses around 20. August, the situation mainly near Nunavut and Northwestern Territory coast is opposite.

The high-Arctic resupply should be threatened. Some ships departing every year from Quebec, bringing vital supplies to the remote communities of Canada’s Eastern Arctic, maybe in 2021 won´t leave harbors in warmer parts of Canada.

Northwest Passage offers a significant advantage from a strategic and economic point of view, but in the last years was a clear signal of the ongoing climate change and the state of suffering in which our Arctic lies.

China and Russia have their eyes on a sparsely populated north and melting tundra and an open Northwest Passage due to climate change and plans to continue developing and expand oil sands production /tweet below/.

Currently, it appears, that Arctic Sea Ice season 2021 won´t be so catastrophic such as in the last minimally decade, despite a large anomaly above the Eurasian sector.

Colder Arctic should play an important role for behavior of circulation patterns across Northern Hemisphere during Autumn 2021, e.g. Greenlands seasonal high (thanks to westerlies) should be thanks to close Canadian anomaly little more developed.

(Visited 230 times, 1 visits today)
Liked it? Take a second to support on Patreon!