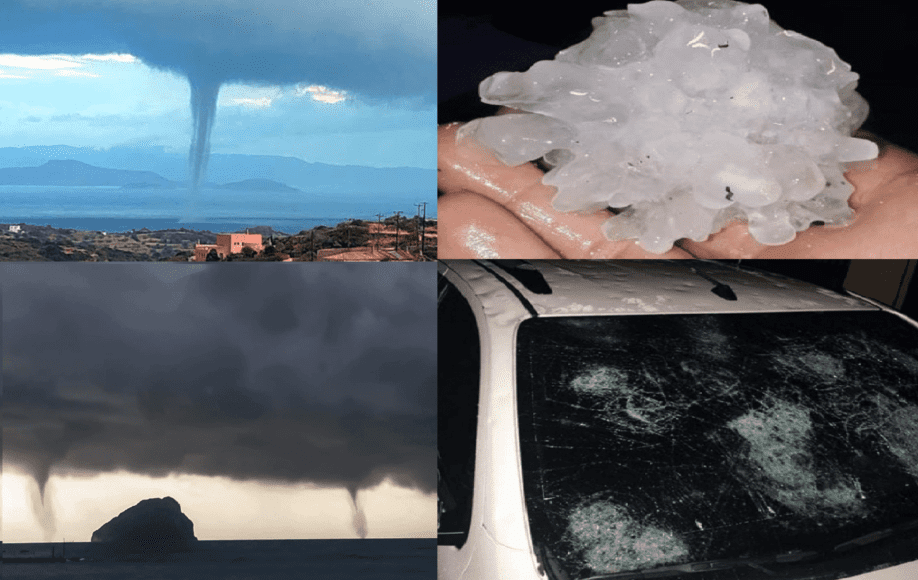 Severe storms with heavy rains, floods, tornadoes, hail, and damaging lighting have shifted in the last days from Italy above Balkan, Greece, and the north-African coast /https://mkweather.com/a-week-lasting-flooding-threat-for-balkan-sicily-with-tornadoes-heavy-rains-and-damaging-winds-croatia-already-152-mm-14-hours-a-dangerous-mediterranean-low-will-shift-until-wednesday-13-10-a//.

The worst situation was finally in Greece and the neighboring regions.

In northern Evia, Greece, flash floods appeared at the weekend, with severe damages to holiday destinations.

Even larger hail was reported from Mişrātah, northern Libya on 10. October, with a diameter of 7 cm! Large hails were damaging everything, including cars, windows, and properties.

Currently, the system is shifting above the Black Sea and Ukraine, but the second Mediterranean low is expected.

In mountainous regions in southern Balkan should intensively snowing, while many parts of Central and Eastern Mediterranean should experience dangerous conditions, again.