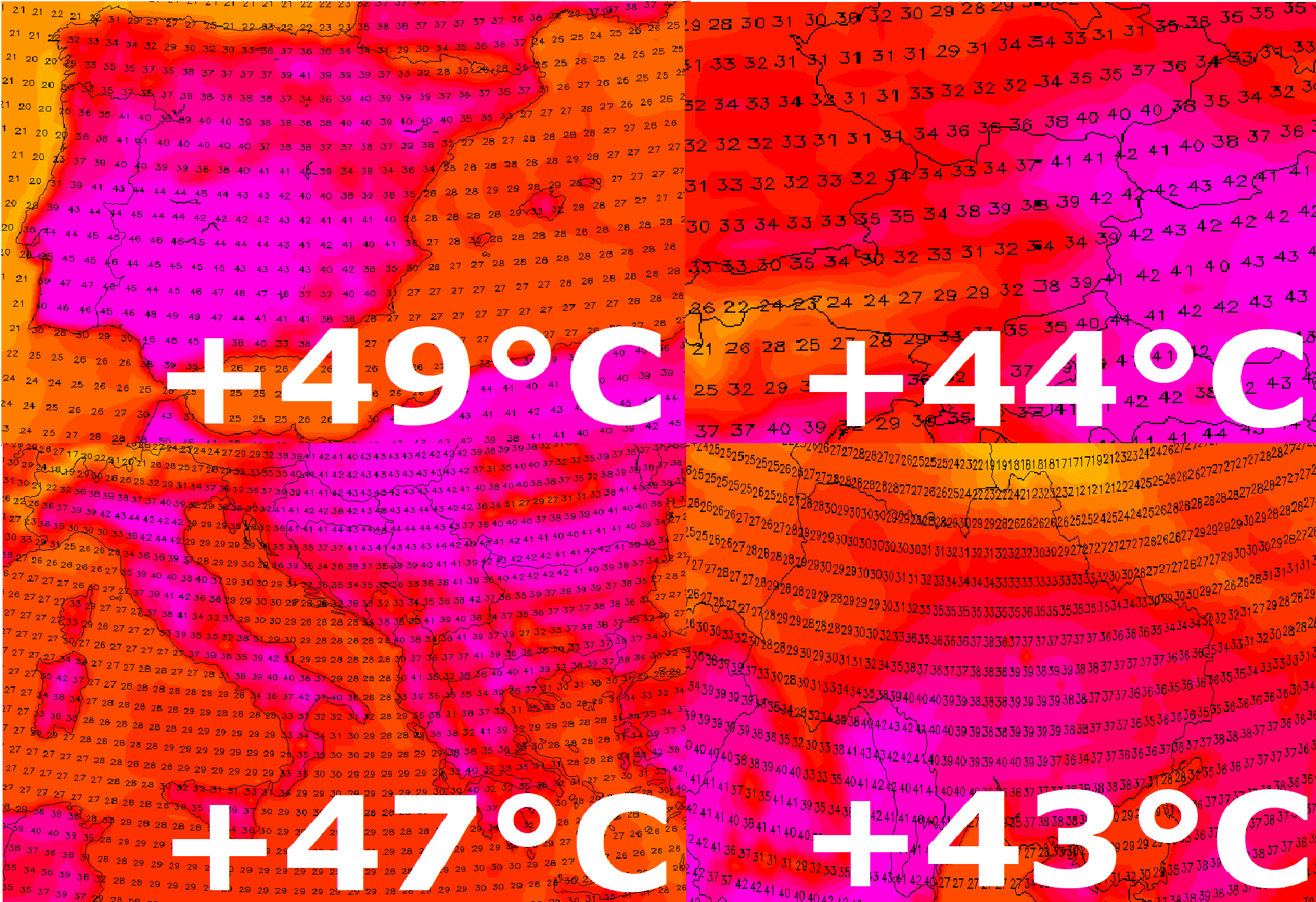 Abnormally hot summer is not at the end!

The newest outputs of GFS have shown anomalous heatwave above the southern half of Europe, including the Alpine and Carpathian region or Ukraine.

In the Mediterranean, again should be broken all-time European record (near the last trial only 0,9°C in Greece was missing: https://mkweather.com/greece-471c-only-09c-below-european-record-north-macedonia-441c-bulgaria-425c-and-tirana-albania-422c-all-time-record-while-wildfires-are-raging-across-all-mediterranean/), outputs for 17. August for Spain are showing +49°C – 1°C more than European record from Athens.

In Italy and Greece near heatwave such this should temperature again reach rare +47°C, above Balkan, +45°C is again possible, but the biggest surprises are Alpine and Carpathian countries – mainly Austria, Slovakia, Hungary, Czechia or western Ukraine, where +41/+44°C temperatures should appear around 17. August according to current outputs.

Yes, it should be changed in the last few days, yet, but if anomalously hot air mass really hits northern latitudes such as is usual, the next series of all-time records will be really possible.

Above Balkan, Greece, and Italy, the heatwave will be persisting more than 10, in some regions more than 15 days, therefore there will be developed here big stocks of extremely hot air above the region.

Hot, tropical, in southern parts supertropical weather is forecasted to hit parts of British Islands, France, Benelux, Germany or even Scandinavia in the next decade.