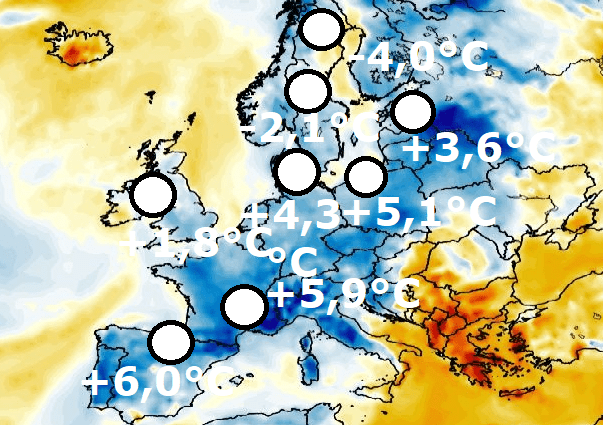 During the first August days, autumn temperatures are reported from parts of mainly the northern and western half of Europe.

In northern Sweden, -4,0°C in Latnivaara, in central Sweden -2,1°C in Bortnan surprised.

Outlook for some parts of continental Europe is still very cold until 20. August 2021 – e.g. Berlin (ensemble below), the temperature in 850 hPa is forecasted to be long-termly below average minimally in the next 16 days.

The heaviest rainfall however is expected mainly in warmer air in eastern continental Europe, in the Alps, or in Ireland, Scotland, and Denmark, too. Cold weather will cause, that in many parts of the continent, rainfall will be less extreme and more often such storms will be showers.

The Mediterranean, including Balkan and later western Europe should however surprise with heatwaves.