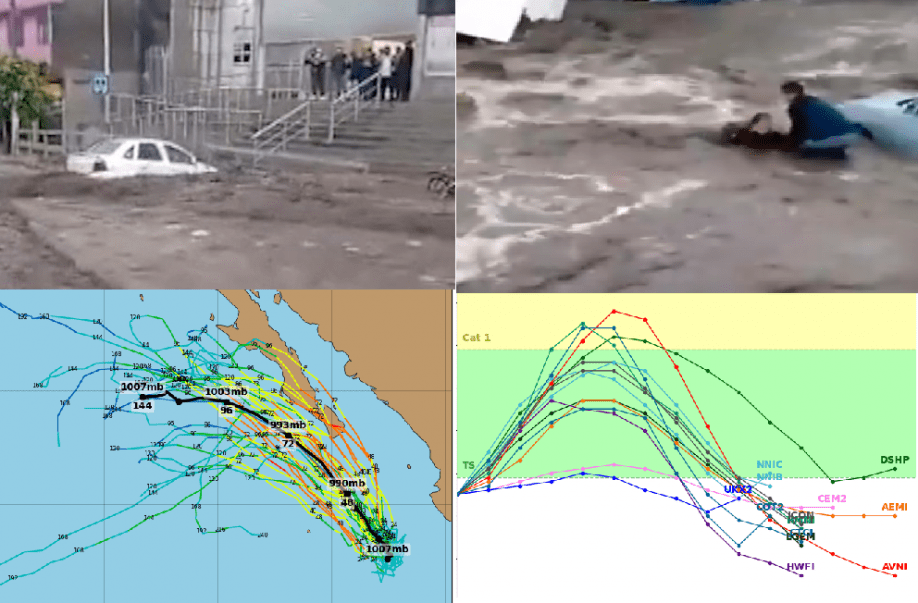 The last short reports from the world before important articles from the wider European and North American region will be from Mexico and Morocco.

Persisting rains and severe storms are these days reported mainly from the southern half of Mexico.

Severe floods appeared early this week mainly in Ecatepec and Nezahualcóyotl municipalities – in Ecatepec, 3 inches / 75 mm of rain fell only in 90 minutes.

The streets of the city were immediately flooded by 1 – 1,5 meters high floodwater, 2 killed were reported.

Along the western coast of Mexico is currently shifting Tropical depression 96E Invest – a possible hurricane Category 1, which hits Baja California in a few days, with the next possible floods.

Monsoon rains gradually return into northern parts of Mexico, again and mainly in September, above-average rainfall in the region is forecasted. October and November 2021 however should be hot and dry. Currently, a severe heatwave is bothering the southwestern USA and northern Mexico /https://mkweather.com/a-long-lasting-heatwave-for-the-western-half-of-the-usa-until-15-september-immediately-after-an-ex-hurricane-nora//.