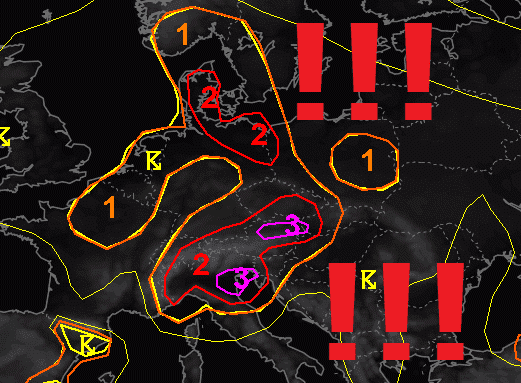 The storm system, which is currently causing severe storms in Central Europe brought at the weekend surprising floods in England and Belgium.

In Jelení, southern Czechia, 57,1 mm was measured and

In Bavaria, Germany, Austria, and northern Italy, severe hailstorms were observed, in northern Italy up to 8 cm diameter on Sunday afternoon.

The next round of extreme storms will come into all countries of Central Europe, northern Italy, Slovenia, Denmark, southern Norway, southern Sweden, Istria (Croatia), and western Ukraine already between 15:00 – 3:00 on Monday and Tuesday.