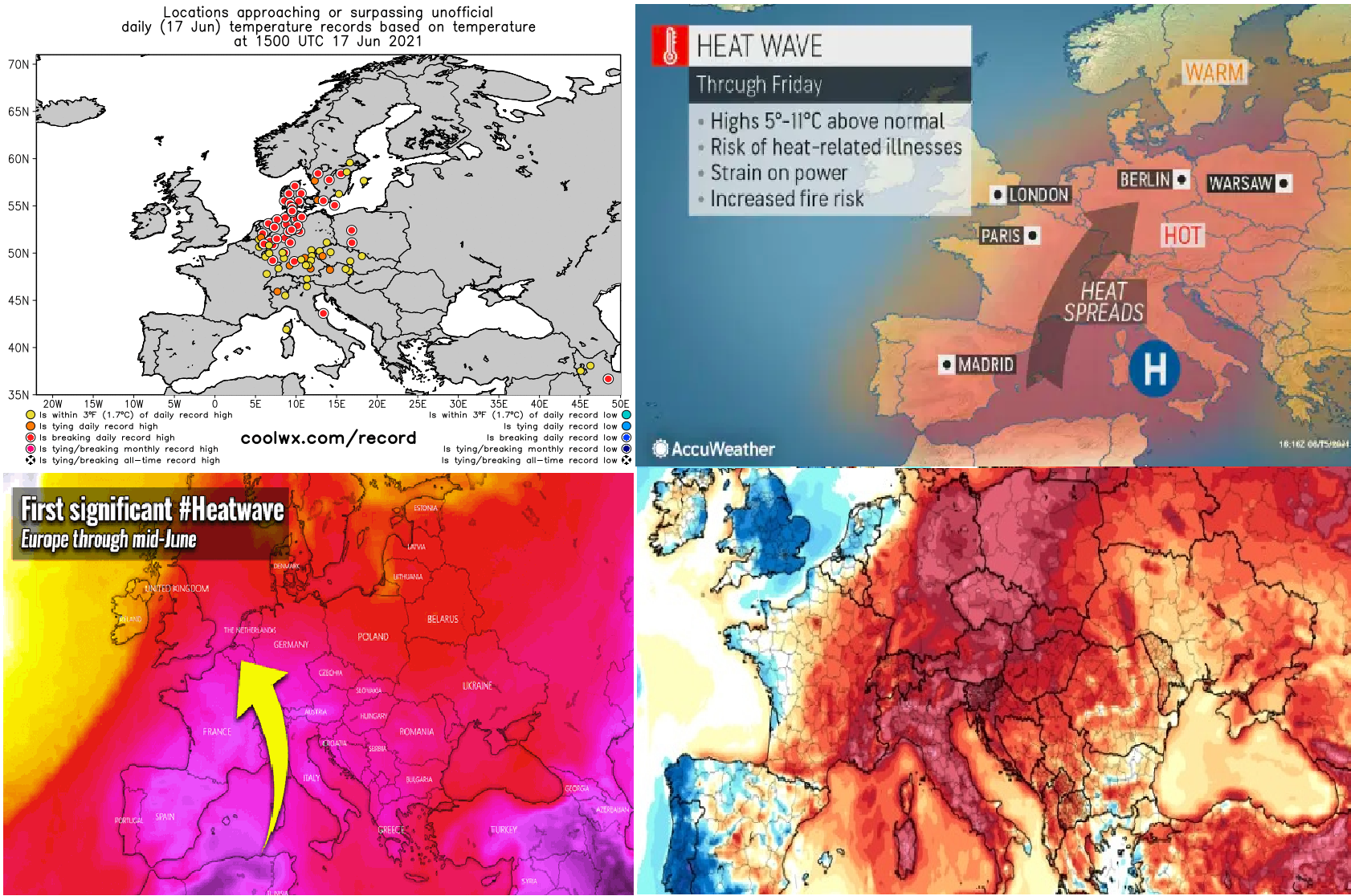 Expected heatwave already has started and after the last weekend and 4 days of the current week we should summarize some interesting temperatures so far, although, the worst hell is only before us from Friday, 18. June to Wednesday, 23. June 2021.

In Switzerland, +34,3°C and in Italy +35,0°C was already measured – in Switzerland it should be in next days little higher and in southern Italy, much higher temperatures, above +45°C, maybe close to +50°C, are possible soon near sirocco.

Very hot was on Thursday in the Netherlands, in Hupsel +34,0°C and in Belgium, in Kleine Brogel, +32,2°C, very hot will be on Friday, 18. June, too, but this is probable the highest temperatures in main meteorological stations in Benelux.

Heatwave will be the most anomalous above Germany, where not only daily, but too all-time monthly temperature records were, and will be overcame, yet /„Sahara“-Hitzewelle in Deutschland – 40 Grad und starke Gewitter rollen an | Welt (hna.de)/.

In Poland, +37°C should surprise on Saturday (on border with Germany), in Croatia and Bosnia and Herzegovina +39°C on Monday. Hungary is waiting +37°C and Slovakia, Czechia and Austria up to +36°C. All-time national June records are moving in East-Central Europe only around +37/+38°C.

Even hotter should be Italy and Balkan (including Greece) at the end of June, where GFS currently sees possibility of +47°C + 3°C = +50°C, what should mean a new national temperature records!