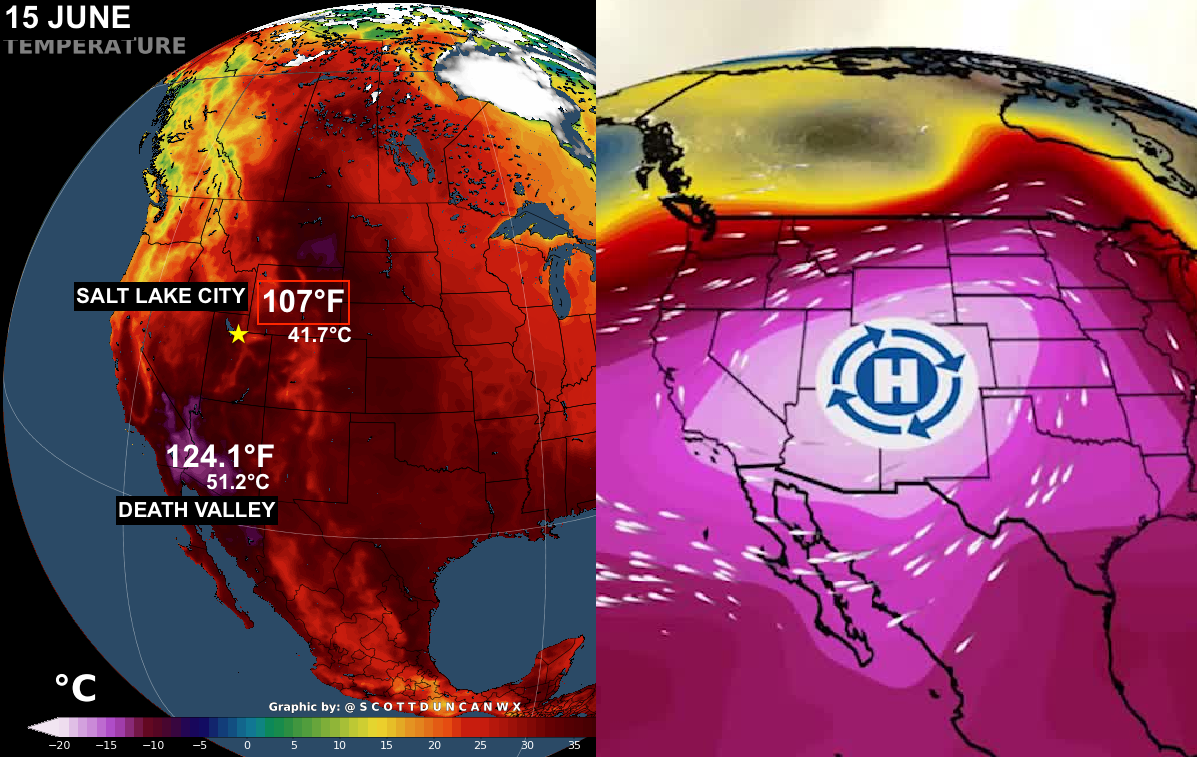 Only before a few weeks, at the end of May 2021, Montana, such as parts of southern Canada from British Columbia to Ontario reported unusual summer-time snowstorm /A few days before Summer 2021 a giant snowstorm in NW USA! – mkweather/ and surprising snowing has appeared only before a few days in Newfoundland and southern Quebec, Canada /Newfoundland and southern Quebec with rare summer snowfall, last time was snowing in 1976 – mkweather/.

Weather however has became crazy and above western half of the continent has built extreme heatwave from Mexico to the Arctic. About extreme heatwaves in North America have informed a page /Extreme Temperatures Around The World (@extremetemps) / Twitter/.

It is not all – soon should hit USA historic summer-time cooldown, with possibility of rare snowing in Northern Plains and temperatures in central and eastern parts of the country and too Canada, 20-30°F below summer temperature average (the next Mkweather article).

As was mentioned before, central and eastern USA is waiting soon exceptional summer coldwave, while hot air will be still persisting in southwestern / western parts of the continent. Extreme summer coldwave will be a topic of the next Mkweather article.