Home›Articles›Severe storms are shifting from FR, UK, ES, PT, NL, BE to GE, CH, AU, IT

In database ESWD, many hailstorm events was in last days in the Spain and Portugal reported, while from France, more severe winds was observed.

Cold front with severe storms will be shifting across Europe until the next weekend /Warning! After heatwaves are coming violent storms! - mkweather/, accompanied with large hails, regional flash floods, gusting winds, damaging lighting and powerful cooldown.

After storm round, the 2nd round of anomalous heatwaves is forecasted for Europe already at the end of June and at the start of July 2021 /All-time national records should be broken! Greece +50°C, Italy +49°C, Romania / Serbia +46°C, Croatia/Bosnia +44°C, Hungary +42°C! The 2nd heatwave for Europe prepared! - mkweather; +40°C in Central Europe on last school day (30.6.) forecasted! - mkweather/.

Precipiation and maximum temperatures in Europe from Monday to Thursday, 14.-17. June 2012 /meteologix.com 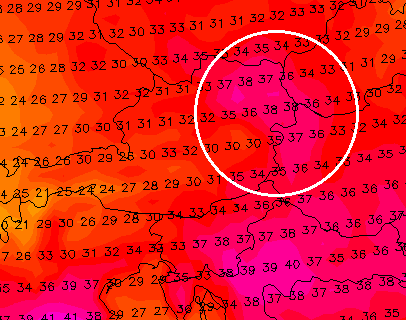 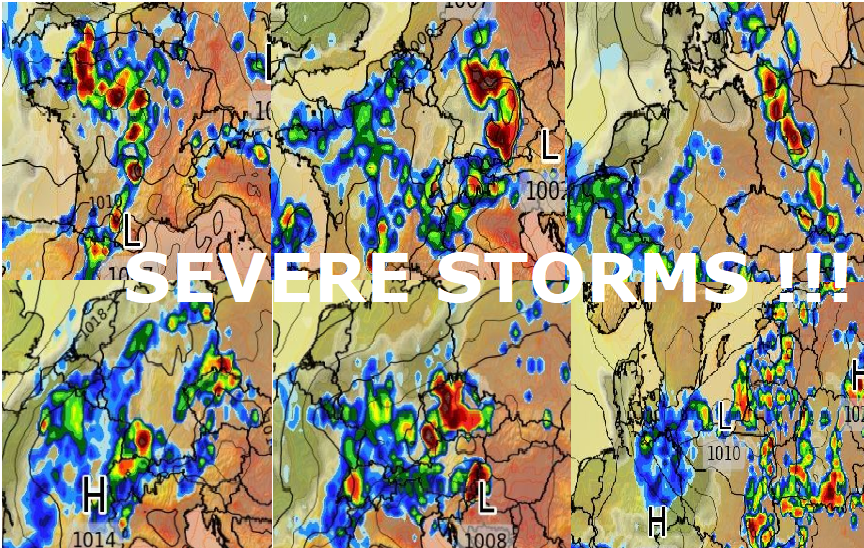 Europe is preparing for the worst storms ...