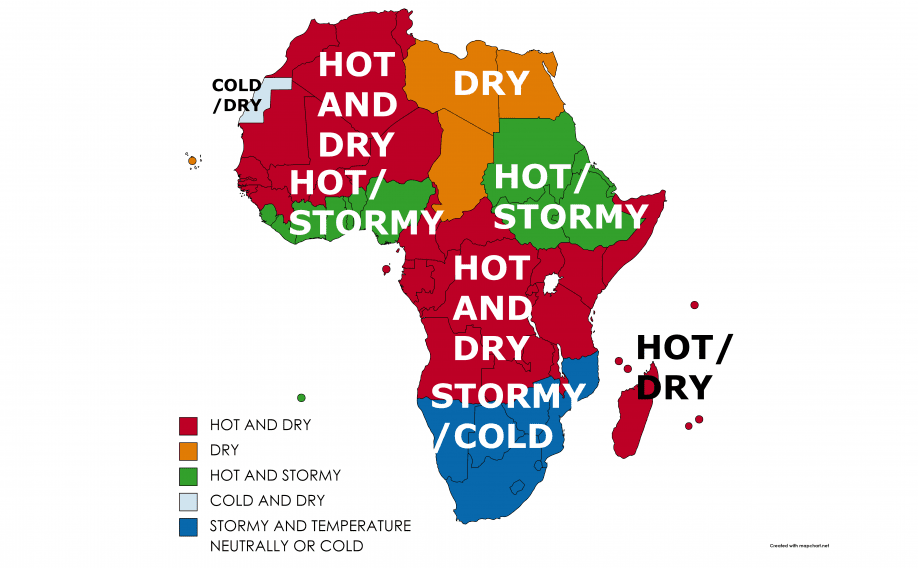 At end of August 2021, we are bringing Autumn 2021 and for Southern Hemisphere Spring 2021 forecasts for continents.

Overall, re-strengthening of the La Nina pattern during the next months is expected, which should mean colder Earth and possible impact in Africa.

NAO appears positive, later negative during Autumn 2021 in the north.

Cyclone season is forecasted to be stronger near South-African and southern Mozambique coast, but weaker in northern and eastern Madagascar and Indian Ocean islands.

Hurricane season should be weaker than was expected /https://mkweather.com/autumn-2021-forecast-for-north-america-long-indian-summer-and-weaker-hurricane-season-such-as-expected//.

MJO should be in the wet phase until 15. September with a possible increased storm activity in equatorial and subequatorial Africa.

During the last La Nina year, only one month with a negative AAO (Antarctic Oscillation) phase appeared.

We can look at the main patterns, expected in Africa in Spring/Autumn 2021:

Many African regions will suffer in Spring / Autumn 2021 hot and dry weather with a possibility of wildfires and lack of water in agriculture. However, parts of Western Africa and southern East Sahel should report the next floods. In South Africa and neighboring countries should be colder and stormy, in September with late winter Antarctic blasts. Madagascar will be mostly hot and dry, only southwest stormy. The Coast of Western Sahara should be colder than the rest of Western Saharan states. Saint Helena will be stormy, Cabo Verde dry, and islands in the Indian Ocean drier than average.