Instead of wintertime, with frosts, heavy rains, fogs, or snowing, continental parts of New South Wales, Australia, such as parts of Queensland and Northern Territory, tropical weather from the north hit not only desert parts of Australia but too moderate climate zone in populated Southeast.

Extremely hot was in the last days in Queensland and Northern Territory, too – in Queensland up to +36,0°C (Lake Julius, 0,1°C below all-time July provincial record) and in Northern Territory up to /https://mkweather.com/northern-australia-381c-almost-all-time-july-continental-record-while-adelaide-only-94c-coldest-day-in-history// up to +38,1°C (Kalumburu, 0,2°C below all-time continental record).

Untraditionally strong winter heatwave appeared between periods of very cold weather in June and July 2021 and the next expected returns of the winter.

Simultaneously, an extremely warm anomaly appeared in the Australian part of Antarctica, while New Zealand reported the next severe floods, in the Buller River basin.

Anomalies in 850 hPa above the region reached +10/+12°C, with similar T2m anomalies, expanding from continental Australia to the southeast.

The anomaly was the highest positive temperature anomaly in the world on the last July 2021 day.

The next coldwave hits mainly the southern half of Australia already between 1.-5. August 2021, from west to the east. 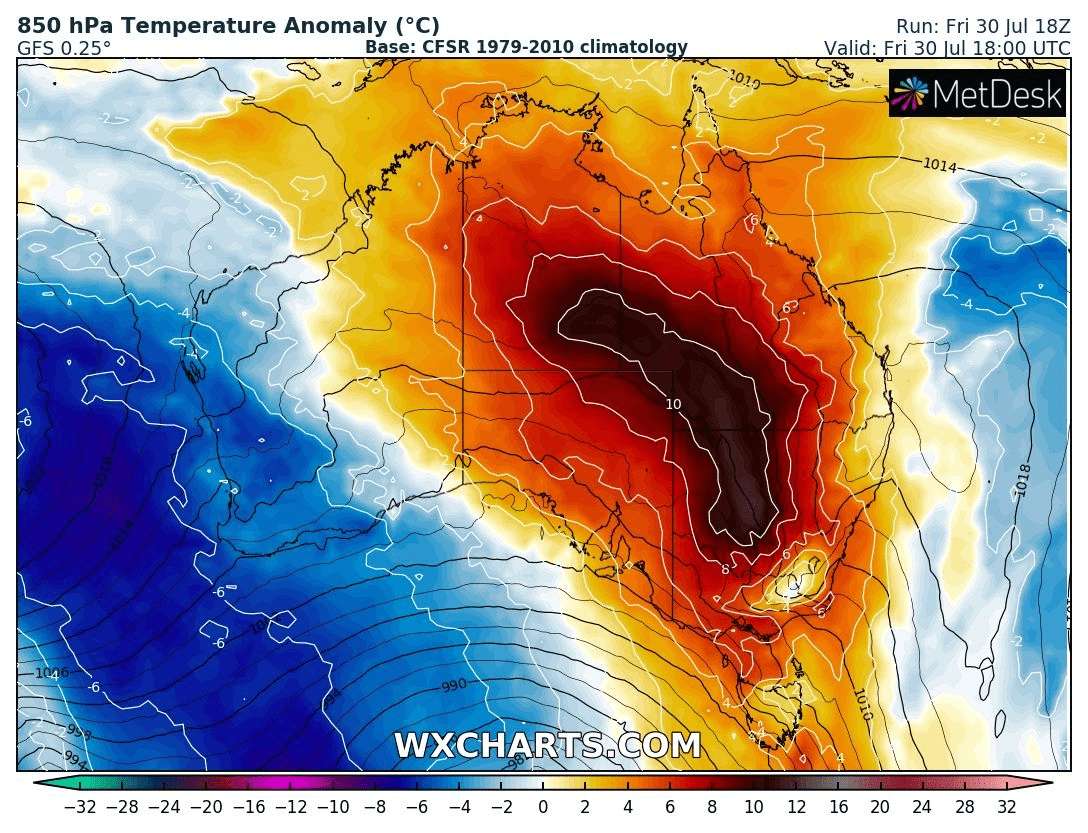 Australia is scorching in the middle of the winter:
30 July saw the monthly record of Northern Territory again with 37.9C at Bradshaw and on 31 July the southern state of New South Wales also beat it with 31.8C at Bouke,while Queensland with 36.0C at Lake Julius missed it by 0.1C https://t.co/WhWozBv1Bn