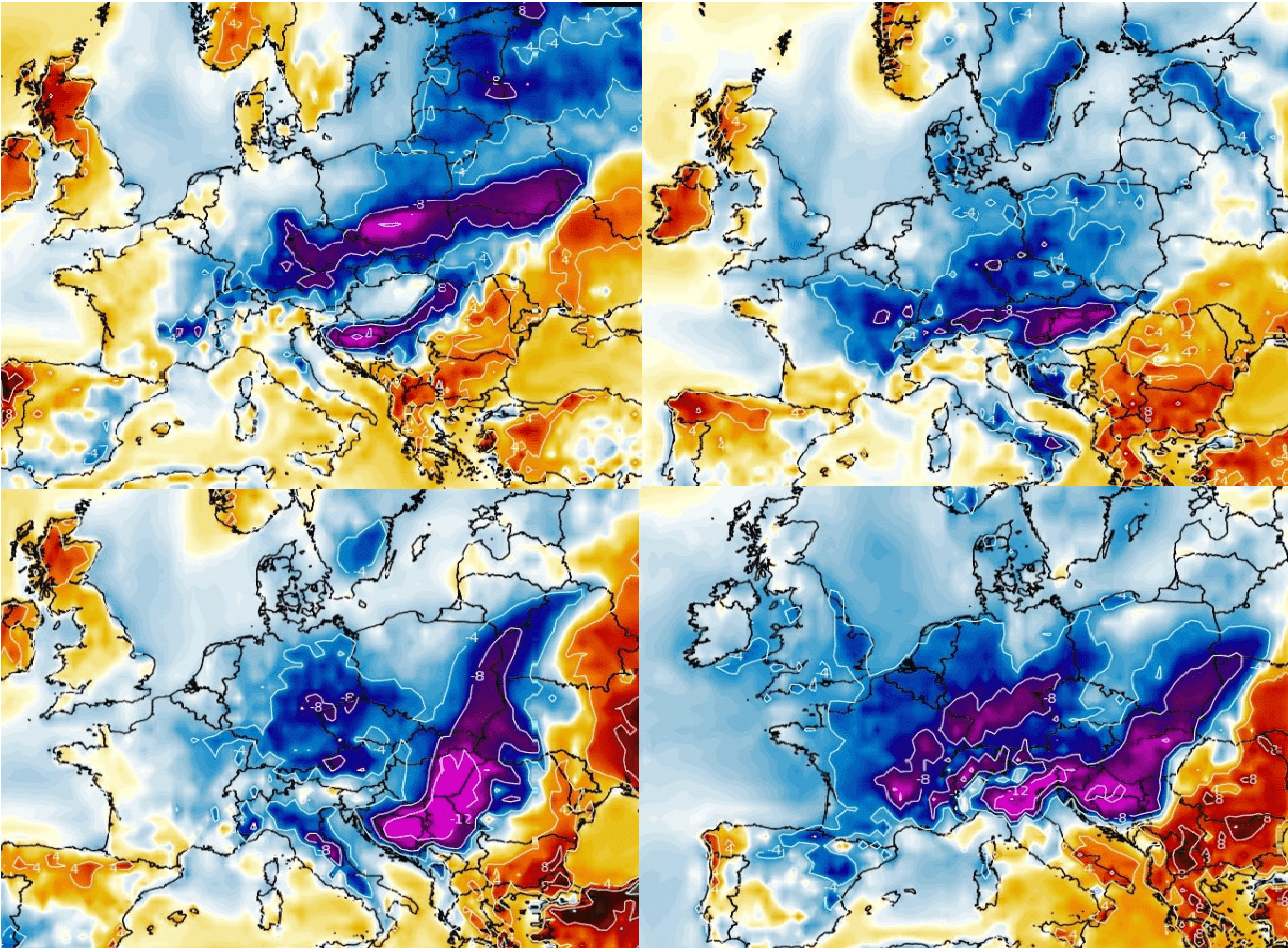 In this article we used 10-day forecasts from https://www.foreca.com/ for better imagination, how low should temperatures drop during the next period.

Many European cities in the basins, Scandinavia, and the Baltic region expect maximum temperatures during the coldest day only around +15°C.

Cities in the warmest lowlands and western and southern regions expect the coldest day with maximum temperature mostly below +20°C or around +20°C.

This won´t be a tropical summer and daily temperatures will be a lot of time -5/-10°C, regionally below -15°C from the long-term average.

Such we mentioned in previous articles:

Minimum temperatures should in basins and valleys with clear skies regionally drop to +5/0°C, while lowlands will report mostly +10/+5°C.

Windchill near rainy and windy weather should be even lower than current temperatures. In the mountains should appear the first snow of the season 2021/2022.

After deadly summer heatwaves we will experience an opposite extreme, soon, therefore, will be a big change of weather in many parts of the continent prepared and watch furthermore Mkweather – we will update information about measured temperatures, records, forecasts, and weather events during the upcoming period.

It´s possible, that summer weather in September will return, yet – as soon as possible we will bring good news about an arrival possible summer or tropical days after long-term coldwave.

(Visited 710 times, 1 visits today)
Liked it? Take a second to support on Patreon!