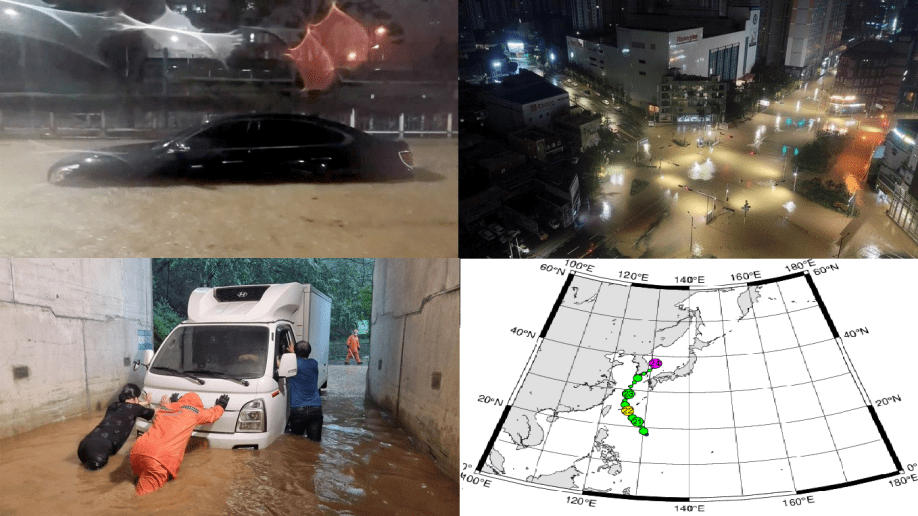 Geoje City in South Gyeongsang province recorded 98,0 mm of rain only in 1 hour on 24 August 2021, while Imsil in North Jeolla Province saw 84,0 mm and the city of Busan 78,0 mm. Total rainfall amounts for the duration of the typhoon reached more than 230 mm in Geoje.

Airlines and ferries were relatively quickly operating again after a stop.

Relatively strong storm activity is according to wxcharts tool forecasted for parts of China, Japan, Korea and Taiwan until 13. September 2021, with the next possible regional floods /see map below/.

According to Mkweathe Autumn 2021 forecast for Asia /https://mkweather.com/autumn-2021-forecast-for-asia-strong-monsoon-for-s-se-e-asia-hot-and-dry-in-the-middle-east-late-siberian-cold-blasts-in-w-siberia-and-snow-calamities-in-e-siberia//, the next mostly stormy period is before Eastern, but too Southeastern and Southern monsoon Asia in the next months.

However, below average rest of typhoon season, while above average hurricane and cyclone season is in the next half-year forecasted.