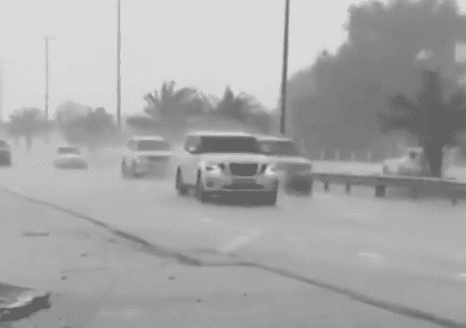 Only in the last article from the Middle East, we described severe floods in Oman, Iran (and Saudi Arabia and UAE) /https://mkweather.com/oman-204-mm-48-hours-and-floods-in-the-united-arab-emirates-saudi-arabia-and-iran// and only a short time later we mentioned in another article floods in Pakistan /https://mkweather.com/112-dead-in-the-mumbai-region-maharasthra-20-in-pakistan-and-over-10-inches-260-mm-in-24-hours-in-mumbai//.

Low-pressure anomaly above western Sahara created around 20. July 2021 untraditional synoptic conditions into the Middle East, with heavy rains and downpours.

Oman reported 4 dead, Iran 8 dead, Pakistan 20 dead and into balance joined lastly Yemen, where near severe floods 14 dead from the last days were reported – together 46 fatalities across a wide region of the Middle East.

Only a short time ago, many stories on Twitter about artificial rain in the United Arab Emirates, which was created to mitigation of 50-degree heatwaves, were published.

UAE were by severe rains and floods hit only very slightly and it´s possible that contribution of technology into wider atmospheric circulation was very limited.

Similar trials to use the artificial rain against wildfires in Yakutsk, Russia, were documented from the last days from far Siberia /https://mkweather.com/silver-iodide-and-fake-clouds-from-military-planes-such-as-the-main-hope-for-siberian-wildfires-july-2021//.

According to some specialists – if technology was used on a wider scale, countries should “steal rains” and “cause droughts” to / in neighboring regions, some trials were associated in the past with possible effects of heavy rains, hailstorms, or in the winter snow calamities.

It appears that the future is bringing a lot of new challenges associated with controlling of weather – what if extreme anomalies such as +49,6°C in Canada, tornado in Czechia, or floods in Germany from the last month should be associated not only with climate change but too with increasingly popular geoengineering – there are unexplored waters and in the case of extensive usage of the technology, it should bring more disadvantages such as advantages.