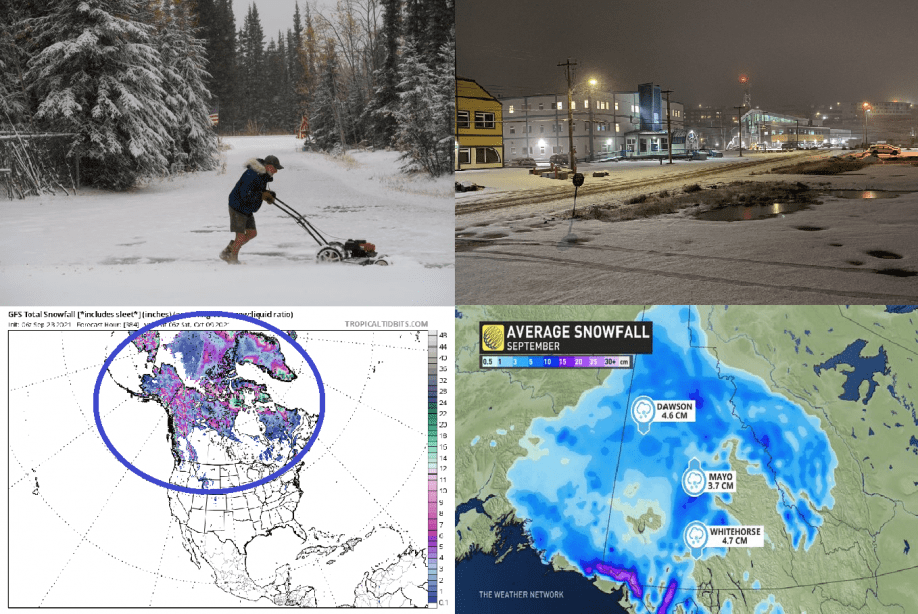 The strongest blizzard is forecasted for the Canadian province Yukon, where 10-20 cm of snow is possible, snowstorm however partially hits Eastern Alaska, Northwestern Territory (NWT), Nunavut, or northern British Columbia, too.

114 from 819 stations in Canada (14%) and 12 from 231 stations in the USA (mainly Alaska, around 5%) on 23. September reported frosts and in the next weeks, a region with frosts and snowfall will be quickly increasing.

As we forecasted in the article before, the Rocky Mountains will receive the next snowfall near a possible short coldwave dividing 2 blocks with extremely hot weather in the next 16-day period /https://mkweather.com/more-heatwaves-in-western-more-coldwaves-in-eastern-usa-until-10-october//. Some snow should appear even in mountainous parts of the Northeast, the USA.