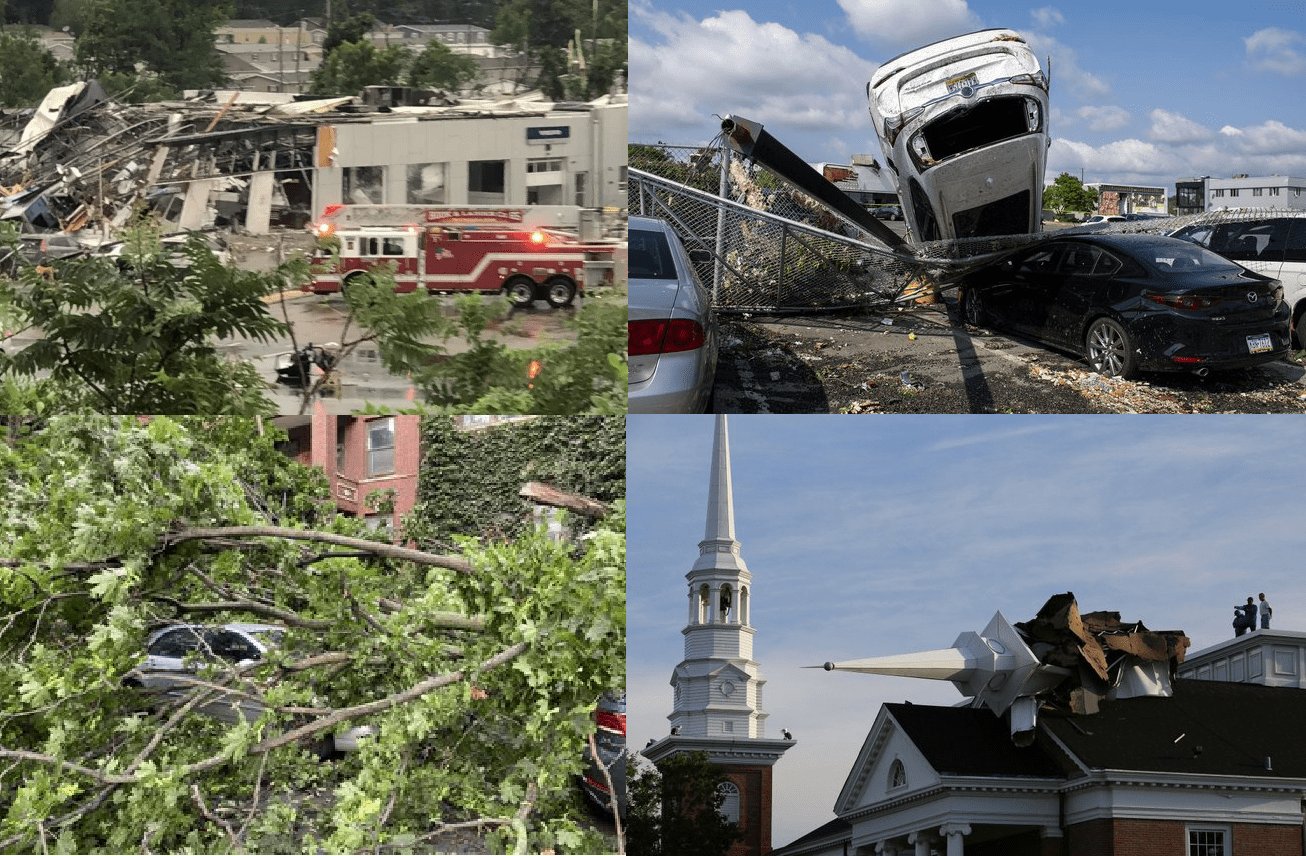 In this article, we will look at some events from the last period in the eastern half of the USA.

Big attention was in media in the country focused on the EF3 tornado in Bensalem, Pennsylvania. It´s the first EF3 tornado in the state since 2004! Estimated peak winds reached 140 mph / 225 km/h, tornado appeared on 29. July 2021 and there were reported 5 injuries. Path length reached 3,5 miles and width 0,3 miles. Tornado caused the partial collapse of a car dealership and injuring several people inside.

More southward, in Florida, tropical depression (Tropical storm Fred wasn´t confirmed) caused severe floods in Miami. Floods are reported in the last period from Southwest, thanks to monsoon rains, too /https://mkweather.com/mexico-and-southwest-with-monsoon-and-floods-northwest-and-sw-canada-the-next-heat-dome-lytton-414c-california-with-wildfires-after-storms//, while Northwest and western Canada suffer the next heat dome /https://mkweather.com/nwt-canada-347c-yellowknife-capital-326c-the-highest-temperature-ever-79-wildfires-in-california-and-oregon-initiated-by-lighting//.

Chicago was at the end of the last workweek hit by severe storms – some forecasts were saying about derecho. The storm was uprooting trees and caused many local damages.

Before the cold front with storms, extremely hot temperatures were measured last week in South Dakota (in Dupree and Buffalo) – up to 110°F / +43,3°C.

According to the 16-day precipitation forecast, the next heavy storms are in the next period possible in Upper Midwest, Florida, southwestern coast, monsoon in Southwest will continue.

The next heatwave hit gradually Midwest and East between 7.-13. August and the next heatwave between 15.-18. August, only in Northern Plains and Canadian eastern prairies is possible.