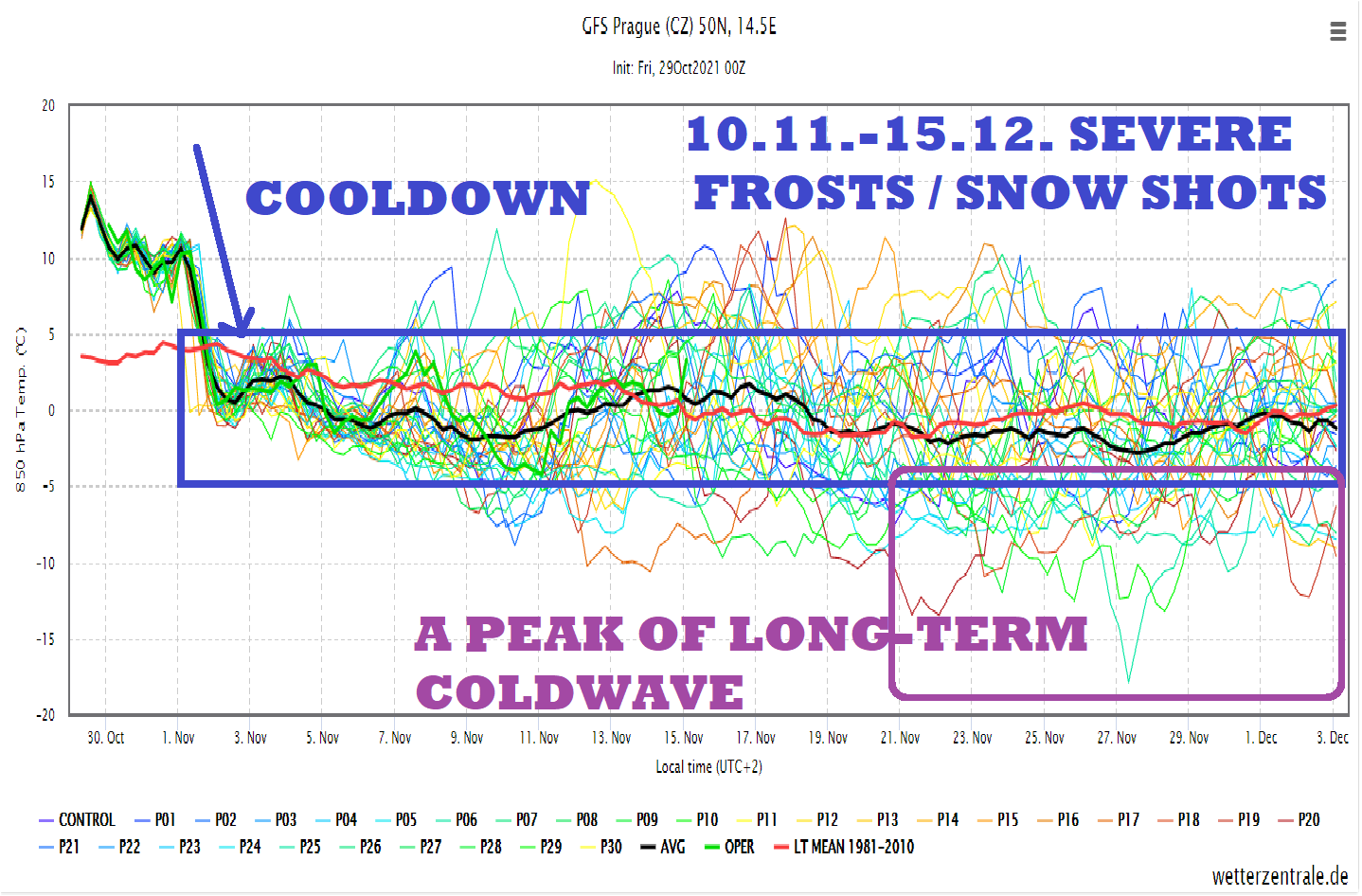 In the last series of articles we have looked at an upcoming, regionally up to 45-days lasting period of very cold weather in Europe, which should be lasting from early November 2021 almost until the Christmas 2021 /https://mkweather.com/be-prepared-for-an-extremely-long-and-strong-coldwave-arctic-blasts-in-europe-between-10-november-15-december-are-expected/; https://mkweather.com/the-6-week-daily-forecast-for-the-wider-european-region-from-gismeteo-until-5-december-2021/; https://mkweather.com/winter-will-come-earlier-than-was-forecasted-30c-in-scandinavia-20c-in-central-europe-and-10c-in-british-island-around-10-november-is-possible//.

Forecasts were confirmed already by 3 sources:

A) Forecast of AO (and NAO) index, with an expected negative phase of Arctic oscillation between at least 10. November – 15. December 2021 /the first link above/

B) 30-day forecast from Gismeteo /the second link above/

C) Start of the cold period according to model GFS /third link above/.

Now, we will look at the 4th evidence, that anomalously long coldwave is really coming – its GFS 35-day ensembles up to 3. December 2021.

For all selected cities in the wider European region, sooner or later, severe coldwaves in the next weeks are forecasted – firstly in western, central, and northern Europe (and northwestern Africa), then in Balkan, Eastern Europe, rest of the Mediterranean or northern Middle East.

Extremely cold weather should be peaking in continental Europe /illustration graph/ around 20. November – 10. December 2021 according to Mkweather estimates.

Frosts below -30°C in Scandinavia, below -20°C in Central Europe, and below -10°C in Scotland, the UK, should during this peak appear, in frost valleys, according to preliminary predictions.

A virological situation or regionally gas supplies should be worsened during this period.

Mkweather will be furthermore updating forecasts and already in the second November week, we maybe will be witnesses of the first peak of long-term coldwave, with regional temperature records /will be under watch on our homepage/.

It´s a time to prepare for the arrival of cold winter!

(Visited 689 times, 14 visits today)
Liked it? Take a second to support on Patreon!