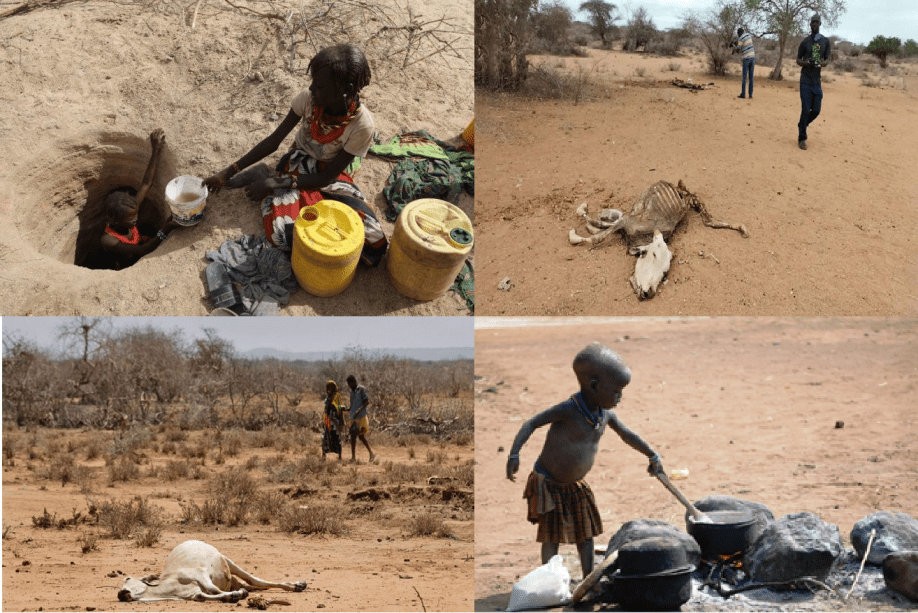 Bad news from East Africa are telling about a severe drought in northern Kenya and the next minimally 5 East-African countries report drought, too.

In the Central African Republic, on 9. September, +36,5°C was recorded, which is the highest September temperature in the country in all-time history.

Heatwaves and drought are bothering many countries of East Africa – mainly Kenya, then Uganda, South Sudan, Ethiopia, Rwanda, and Somalia.

All these countries are currently facing different levels of food deficiencies due to drought, insufficient rainfall, conflict, locust invasion, or COVID-19.

The worst situation is in northern and eastern Kenya – a few days ago, the President of Kenya officially declared drought in parts of Kenya such as a national disaster.

Meanwhile, parts of Western Africa (e.g Abuja, Nigeria) or While Nile region report severe floods thanks to the season of rains / ITCZ position above regions.

Autumn/Spring 2021 forecast for Central and Eastern Africa is mostly hot and dry, while parts of Sahel and Western Africa should be anomalously stormy /https://mkweather.com/spring-autumn-forecast-for-africa-mostly-hot-and-dry-parts-of-sahel-equatorial-africa-stormy-and-south-africa-stormy-and-cold//.