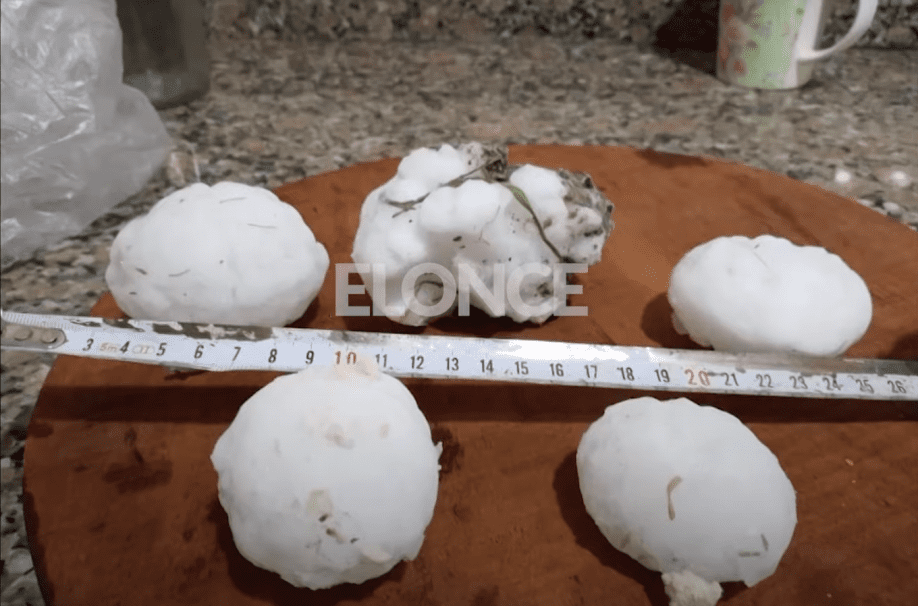 Summer has come into parts of South America in summer season 2021/2022 very early – only 2 weeks after the end of Winter 2021 and in the first month of Spring 2021, extreme heatwaves together with severe hailstorms appeared in the La Plata region.

In Paraguari, Paraguay, +42,0°C was on Monday, 13. September, measured. In northern Argentina, temperatures reached up to +38°C in several localities.

In Buenos Aires, with a climate of mid-latitudes, summer +26,5°C was during the peak of the heatwave on Monday, measured.

Hailstorms reached a diameter of 16 cm / 6 inches, what is very close to records of large hail not only in South America but worldwide.

On Wednesday, after a move of cold front northward, only 2 stations in Argentina reported summer day above +25,0°C and the next coldwave has arrived.

However, hot weather according to 6-week forecast until 25. October 2021 should into South-American mid-latitudes return very soon /https://mkweather.com/ecmwf-6-week-forecast-until-25-october-europe-north-america-and-world//.

Hot is forecast for all Spring 2021 in the region, too /https://mkweather.com/spring-2021-forecast-for-south-america-floods-and-drought-in-many-regions//, with early heatwaves, and with them linked possible severe storms.

Meanwhile, in Amazon has begun the season of rain, with colder and very stormy weather – Colombia, Venezuela and Guyana region will be after months of severe storms and floods finally drier.

Ecuador, on the other hand, was surprised in the last period with remnants of an Antarctic front and snowing /https://mkweather.com/snow-near-the-equator-ecuador-with-rare-snowfall-in-antisana-national-park//.