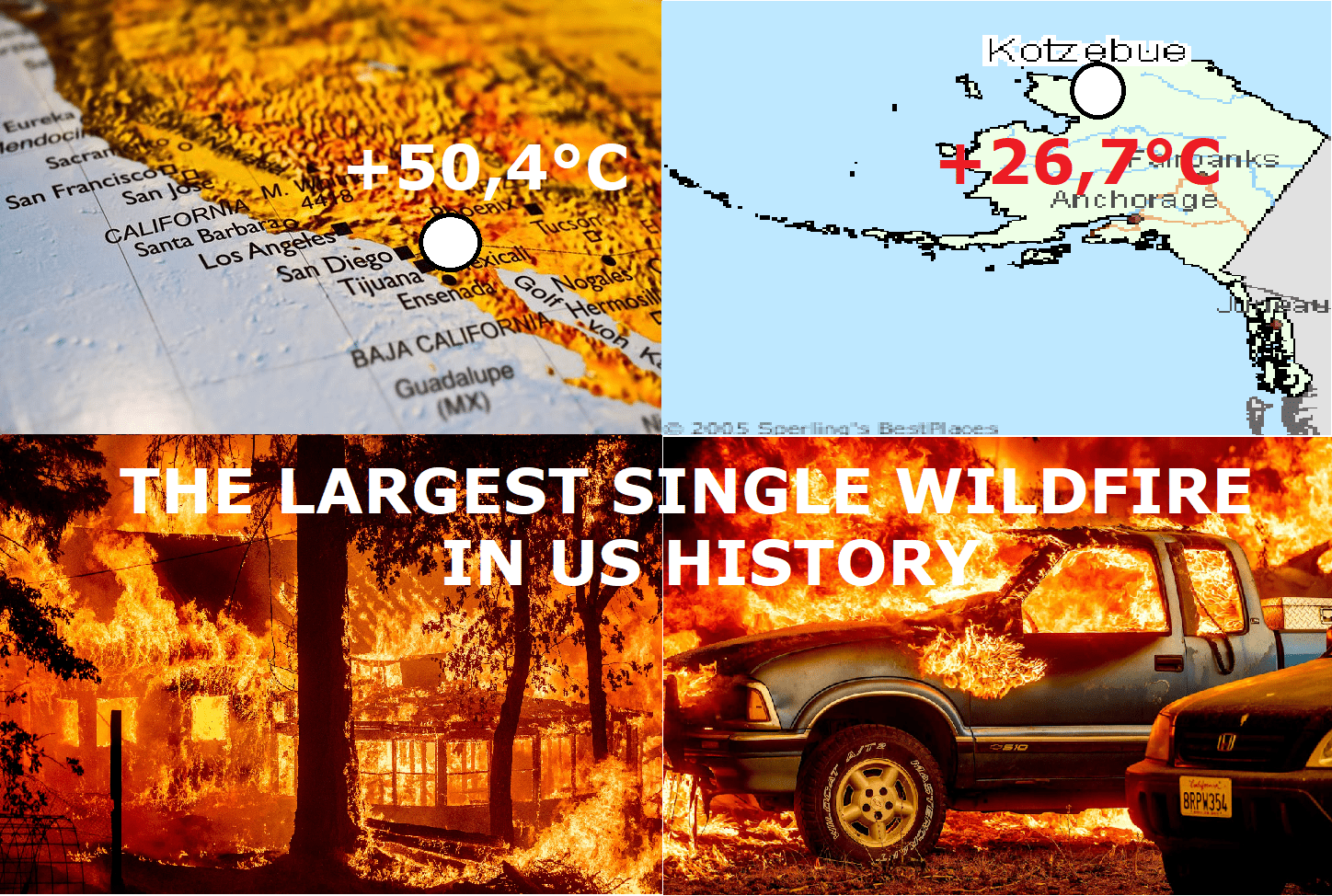 The next extreme heatwave hit in the last period in northwestern Mexico, western USA, western Canada, and Alaska.

In California and Oregon, many extreme wildfires were initiated by lighting, associated with the monsoon season in Southwest – only in a few days, the largest wildfire in US history – Dixie wildfire has created in California and currently is destroying around 450 000 acres. 10 000 buildings are threatened.

Meanwhile, in Coahuila and Durango, Mexico and Arizona, Utah, the USA, severe monsoon is continuing, with floods in mentioned regions, locally deadly.

Forecasts until 20. September are saying about the next heat domes in southern Canada and the northern USA, while parts of the southern USA and northern Mexico, such as northern Canada should be thanks to monsoon colder /https://mkweather.com/ecmwf-forecast-until-20-september-2021-europe-north-america-world//.