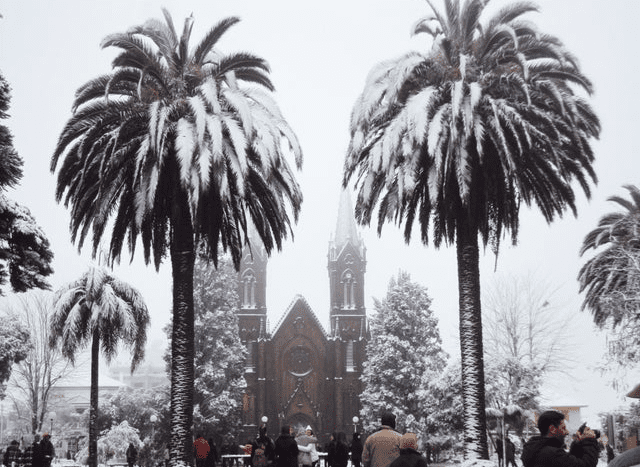 According to the newest information from the region, an Antarctic blast is historic, with record strong frosts and long period with snowing in some regions.

Already in 2 last articles, we have informed about extreme winter coldwave in South America, associated even with tropical storm Raoni /https://mkweather.com/bolivia-paraguay-uruguay-southern-brazil-argentina-chile-hits-a-serious-winter-coldwave/; https://mkweather.com/rare-tropical-storm-raoni-hit-south-america-while-the-continent-reports-a-powerful-winter-antarctic-blast-snowing-in-buenos-aires-region-2021//.

Now, we should look at the newest stories from the region.

Meanwhile, in Bolivia, occurred stations with the first measured frost ever. E.g. in San Jose de Chiquitos, -1,0°C was measured, which is less than in May 1949 and the first frost in the station ever. In Ascension de Guarayos, +1,2°C and old all-time record +4,0°C from August 1985 was broken.

Southern Brazil, the Santa Catarina region, reported moreover 3 consecutive days with snowing and snow has appeared in some regions for the first time in a long time. In Urubici, -7,5°C was on 29. June 2021 measured.

Many crops, which were bothered by severe drought in previous months /https://mkweather.com/the-worst-floods-in-amazon-since-1902-and-the-worst-drought-in-southern-brazil-since-1920-at-the-same-time-2021/; https://mkweather.com/the-worst-drought-in-20-years-in-brazil-harvest-in-danger-south-america//, were destroyed by severe frosts in the region, and agricultural disaster was even more worsened.

The next coldwave is forecasted in Argentina and Chile between 10.-15. July 2021, but northern regions of South America won´t be hit.