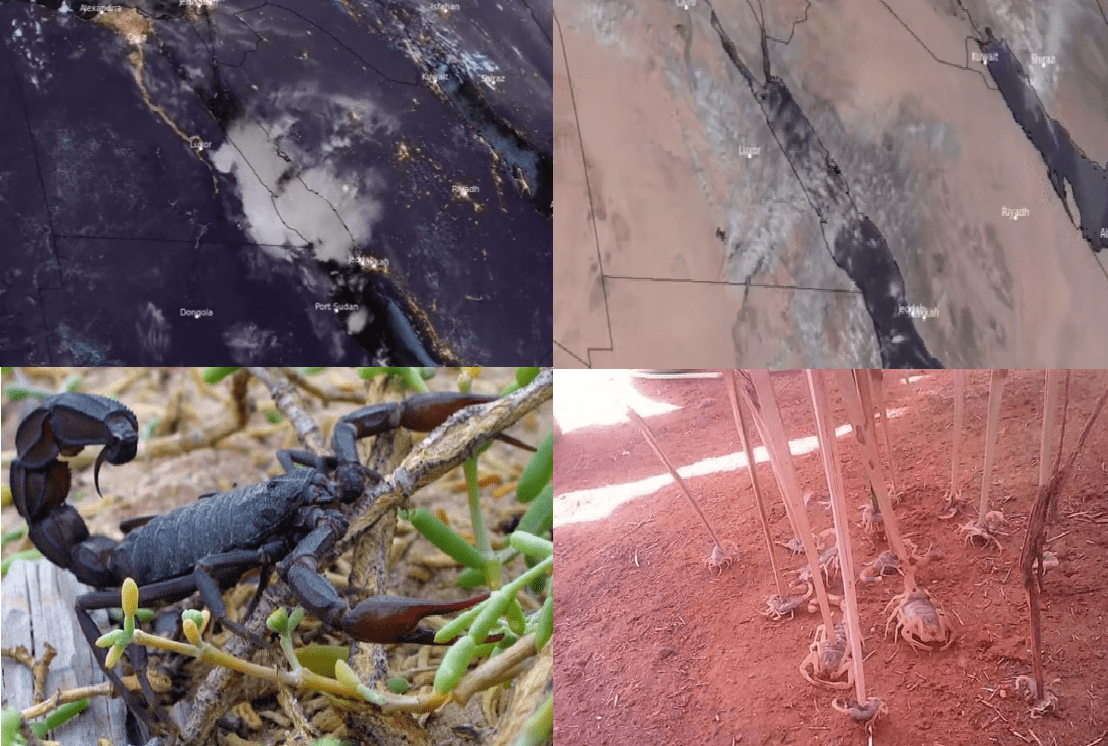 For a reason of this decline in temperatures, we should contribute a cold front, which was moving above the region around 13.-14. November 2021, which brought a surprising heavy rainfall and severe storms into the driest region in the world – Aswan in Egypt.

According to weather reports, daily averages of relative humidity during these days increased from values between 15 – 30% to 60 – 65% and after a transition of a cold front, it dropped only to 45 – 50%.

Although a precipitation amount isn´t known, there was reported floodwater after the storm looking like a multicell storm.

This floodwater immediately caused, that poisonous scorpions from Egyptian deserts started to escape before the water, in many cases, they were moving into inhabitant areas and houses, with a result of unexpected hospitalizations.

The cold front is coming after strong Mediterranean lows activity /https://mkweather.com/mediterranean-storms-brought-tornadoes-hail-and-floods-to-italy-sicily-sardinia-malta-libya-france-greece-and-spain// and the first snowing of the year in lower situated parts of Morocco, Algeria and Tunisia in Atlas, below 1000 MASL /https://mkweather.com/the-first-snow-in-algeria-morocco-and-tunisia//.

In the next period, the next negative NAO and AO phases are forecasted, maybe until New Year 2022, therefore storm activity in all Mediterranean will be increased /https://mkweather.com/winter-should-be-strengthening-until-new-year-2022-wider-european-region-estimates//.

During strong AO- and NAO- phases, very rare snow or frosts in Egypt should appear during peaks of winter, therefore it will be interesting to watch the situation in the region, yet.

(Visited 386 times, 1 visits today)
Liked it? Take a second to support on Patreon!