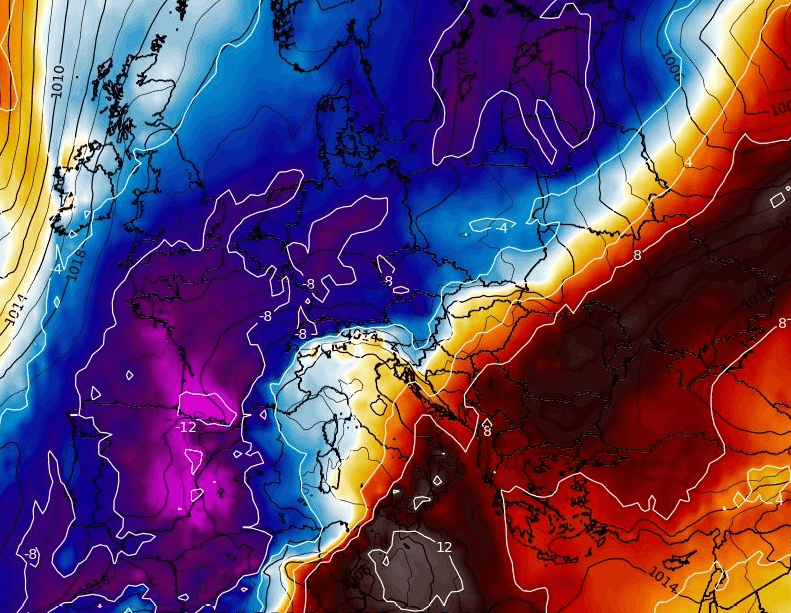 In the last article, we were informed about extreme coldwave, which already after 20. September 2021 should bring the first snowing and maximum temperatures only around +3°C to Central European basins and valleys in 800 MASL and Eastern European lowlands /http://mkweather.com/maximum-temperatures-only-3c-and-the-first-snowing-around-800-masl-in-central-europe-already-next-week//.

In the article, we promised a warm start of October 2021, but things were little changed in the newest output of GFS from 17. September 2021, 12Z.

A shorter warm spell, with regional summer days above +25°C should arrive already at the end of September 2021, with peaking in East-Central Europe, Eastern Europe, and Balkan in the first October 2021 days.

This warm spell should be according to fresh outputs however alternated by the next severe coldwave in Europe already in the first October 2021 days, thanks to 2 deep cyclonic systems shifting eastward.

Cold weather, which has started on 17. September 2021, therefore, will be very probably after a little break to continue in October, too – soon will be available a new ECMWF 6-week forecast, and we will see if cold times for the eastern half of Europe will be preserved /https://mkweather.com/forecast-for-europe-for-the-period-15-september-25-october-2021-western-europe-lot-of-indian-summer-east-severe-frosts/; https://mkweather.com/ecmwf-6-week-forecast-until-25-october-europe-north-america-and-world//.

The cold front between both air masses should be very strong, with untraditional storm activity, in Norway, Sweden, and Finland, snowstorms should appear.

The temperature gradient between the front side of the system and its backside will be around (-) 25°C, therefore you should expect severe and sharp cooldown only for a very short time sometimes between 28. September – 4. October 2021.

(Visited 313 times, 1 visits today)
Liked it? Take a second to support on Patreon!