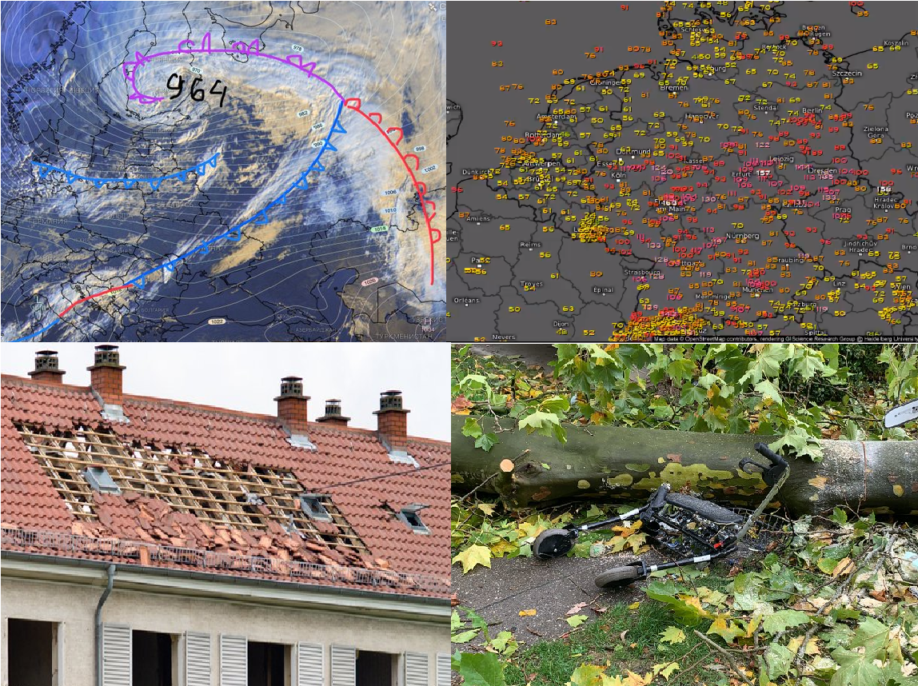 Cyclone Ignatz brought firstly extreme winds in France, where 175 km/h was measured in Fecamp on the northern coast, then severe winds shifted above Germany, Denmark, Benelux and the Alps, with maximum wind gusts in Hausbergturm (510m), 163 km/h.

A windstorm was unfortunately for 4 people in Poland deadly and caused widespread damages. In Polish/Czech mountains in Snezka, 159 km/h winds, above the Baltic sea (Petrobaltic Beta), near the Polish coast, 137 km/h was according to meteologix.com measured.

Around 500 000 people in continental Europe found themselves with power outages.

Thousands of damaging events on property, uprooted trees, problems in travel, or injuries were reported.

This dramatic interruption of Indian summer will bring a few colder days after a cold front into a region, but soon, Indian summer is forecasted to return /http://mkweather.com/november-brings-summer-weather-20-25c-in-continental-europe-and-25-30c-in-the-mediterranean//.

The second phase of Indian summer in Europe and extreme frosts in Scandinavia at the weekend will be in Mkweather watch – we will bring fresh news, soon.

(Visited 249 times, 1 visits today)
Liked it? Take a second to support on Patreon!