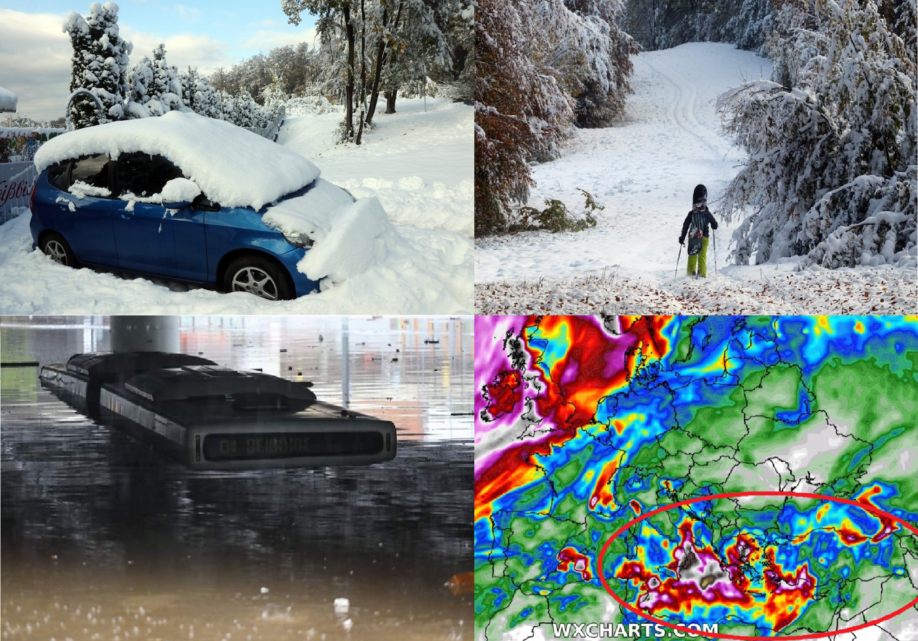 In a few articles in the last week, we were informed, that Alpine, Carpathian, and Czechian basins and valleys around 500 – 1000 MASL have already experienced the first snowfall of the season /https://mkweather.com/sudelfeld-obersalzberg-bayrischzell-regions-around-800-masl-in-southern-germany-received-the-first-snowfall-of-the-season/; https://mkweather.com/the-first-snow-in-poland-slovakia-and-czechia-in-basins-and-valleys-500-100-masl// and in this article, we will look behind the last Arctic blast in Greece and Hungary.

From Greece, heavy snowfall was before a week (around 15. October 2021) reported from mountainous regions around 1100 MASL.

In Hungary, 30 cm of snow surprised approximately at the same time such as in Greece elevations around only 800 MASL.

Arctic cold blast persisted until an early current week, with temperatures in frost basins and valleys rarely in interval -5/-10°C in continental Europe.

At the weekend, -3,8°C was measured in Kocevje, Slovenia.

Many parts of Greece reported during a Mediterranean low event severe floods before a week, including Corfu, Athens, or Thessaloniki.

The next Mediterranean low is forecasted for Italy, Greece, Turkey, and neighboring regions already in the next week, in Greece mainly in its second half.

(Visited 100 times, 1 visits today)
Liked it? Take a second to support on Patreon!