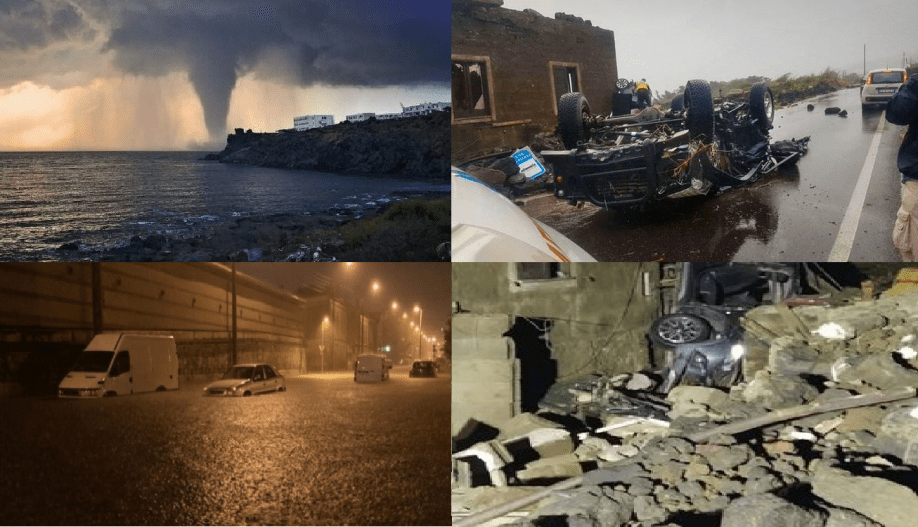 In Germany, Königs Wusterhausen, Brandenburg, near Berlin, tornado appeared on 11. September around 12:05. A tornado reached land and caused damages mainly in inhabited areas. The report is available on the ESWD webpage and video from longer distance is in Tweets below.

A much worse situation with tornadoes was in southern Italy, where 9 tornado reports on ESWD (+2 reports in Greece) were observed.

One of these tornadoes with a strength of EF2 hit the populated region of Pantelleria, with the result of 2 dead and 9 injured according to ESWD.

From Spain and Italy, some hailstorm events were reported, too.

Severe rainfall regionally appeared in Germany, Czechia, SE England, northern Poland, and the Pyrenees region in Spain in the last few days, according to ESWD.

Until 28. September, the next severe storms are forecasted in Portugal, Spain, southern half of France, central and northern Italy, Alpine region, and Balkan – mainly western parts, with the next possible floods according to 16-day wxcharts forecast tool. If you live in this region, we recommend you to watch current news, forecasts, warnings, and advisories.