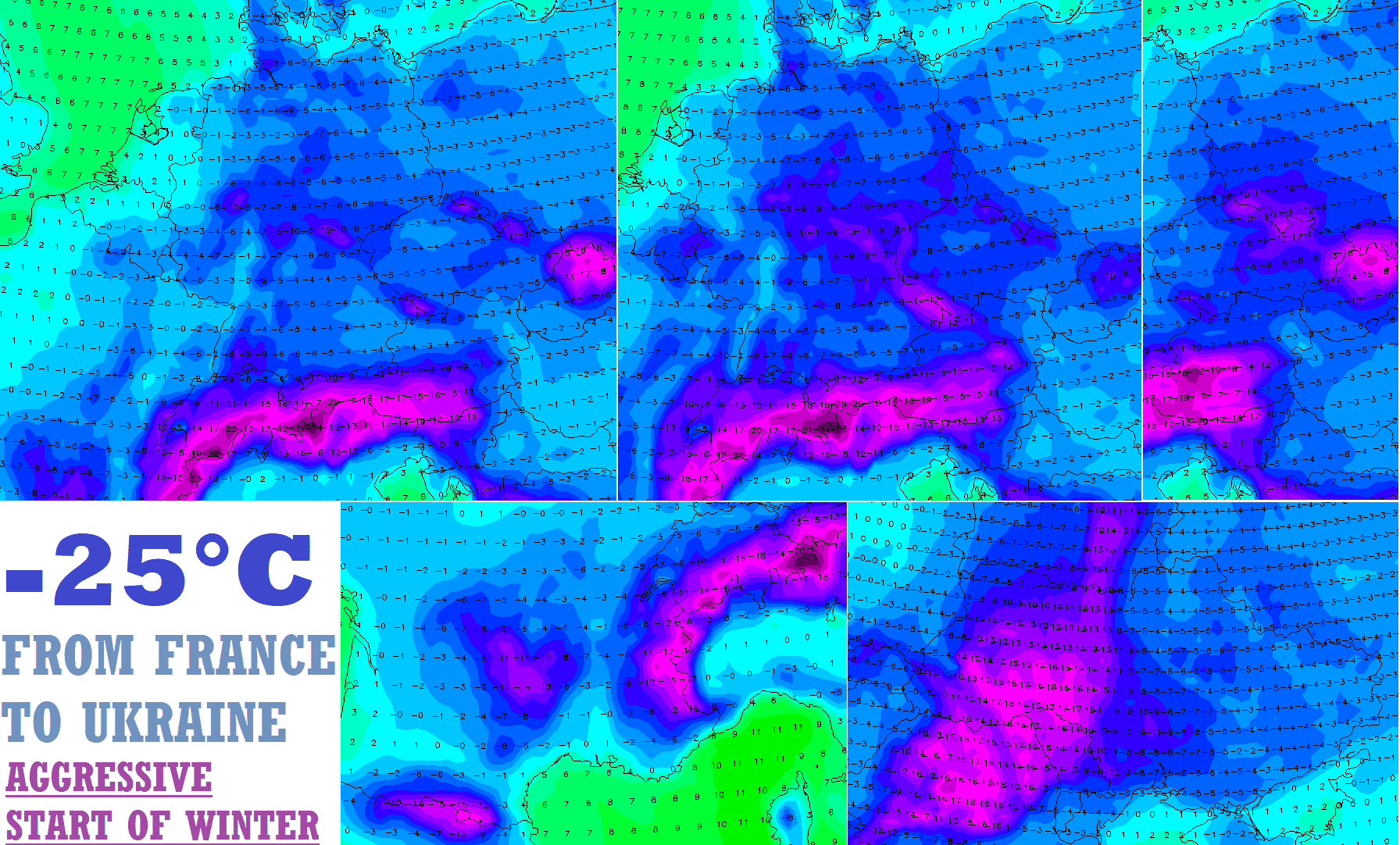 From -20 to -25°C for many continental European countries (including Balkan)! Extreme winter hits from eastern France to western Ukraine and Romania!

Although severe frosts are prepared for continental Europe already in late November 2021, and regional -20°C and lower temperatures should appear, the coldest should be in the region around 5. December 2021, when frosts from -20°C to -25°C are possible in many continental European countries!

While France should be mainly in late November 2021, Central Europe in the first December days, or around 5. December 2021, into Ukraine and Romania, should the coldest air shift around 7.-10. December 2021.

Extreme frosts -15/-20°C are regionally possible in parts of lowlands with a colder climate, including metropolitan areas.

Moreover, blizzard conditions are very possible in many parts of the continent /https://mkweather.com/europe-under-the-snow-heavy-blizzards-on-the-way-in-these-regions-a-risk-of-snow-calamity//.

Frosts should be mainly in mountainous regions and near long outdoor activities health or even life-threatening, therefore stay safe, warm and watch current weather news, forecasts, warnings, and advisories.

It appears, that severe frosts should be continuing until New Year 2022 – Mkweather brings long-term outlooks updates for Europe already in the next articles.

During the next period, we will be bringing overviews of temperature records and updates of the next extremely cold outputs, furthermore.

(Visited 325 times, 1 visits today)
Liked it? Take a second to support on Patreon!