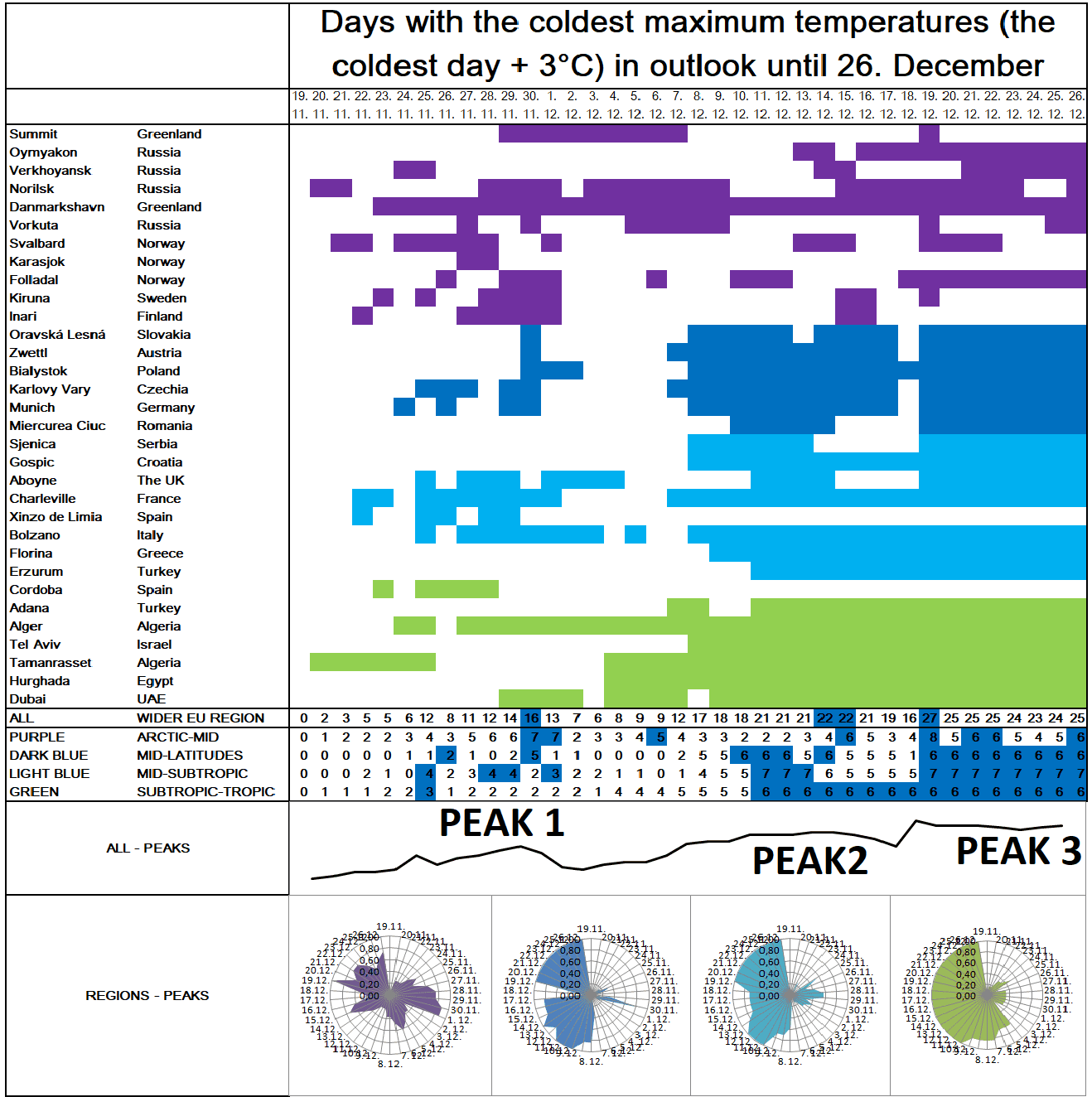 Already in the last similar Mkweather analysis, we forecasted, that extremely cold winter conditions should be returning according to our estimates until a New Year 2022 /https://mkweather.com/winter-should-be-strengthening-until-new-year-2022-wider-european-region-estimates//.

NAO index will fall to the lowest values since extreme -35°C frosts in Europe in January and February 2021 and -21°C in April 2021 /https://mkweather.com/nao-index-falls-to-2-0-the-lowest-value-since-legendary-35c-frosts-in-europe-in-january-february-2021-or-206c-in-april-2021// and it appears, that everything is prepared for extreme touches fo frosts in the wider European region – firstly in western and northern, gradually in southern and eastern parts of the region.

Extremely cold masses will shift above eastern Europe, Balkan, and Eastern Mediterranean only later, mostly in December 2021, but the second and third peaks of Arctic winter are already forecasted around 14. December and around Christmas almost in all Europe.

The first peak of extreme winter is forecasted already between 25. November – 1. December 2021, the probability of the second one is the highest between 10.-15. December and the third cooldown is forecasted in the wider interval 19.-26. December 2021, so far, with an intensifying of anomalously cold conditions across the continent.

Mkweather winter forecasts, therefore, appear successful, because we were forecasted anomalous frosts in early winter since July 2021 /https://mkweather.com/winter-2021-2022-in-europe-should-start-very-early-nao-and-cold-airflow-are-predicted-2021-2022-winter// (only later appeared outputs with a possible peaking of Winter 2021/2022 in January 2022 – will be updated soon: https://mkweather.com/winter-2021-2022-forecast-for-northern-hemisphere-an-awakening-solar-activity-la-nina-neutral-nao-ao-wet-mjo-and-iod-to-drier-mjo-and-iod-qbo-ne-pacific-warm-blob-aao/).

The analysis below contains data from 32 stations from the wider European region and is showing when probable peaks of severe frosts until 26. December 2021 should come. We selected only days with the lowest maximum temperature in outlook and +3°C higher from a meteorological model (gismeteo.com) for investigating the expected coldest conditions from Greenland to Yakutsk, southern Sahara, and Dubai.

It appears that extreme winter outbreaks should bring many regional and seasonal temperature records and December 2021 should be in some parts of Europe really added into legendary Decembers statistics.

(Visited 758 times, 1 visits today)
Liked it? Take a second to support on Patreon!