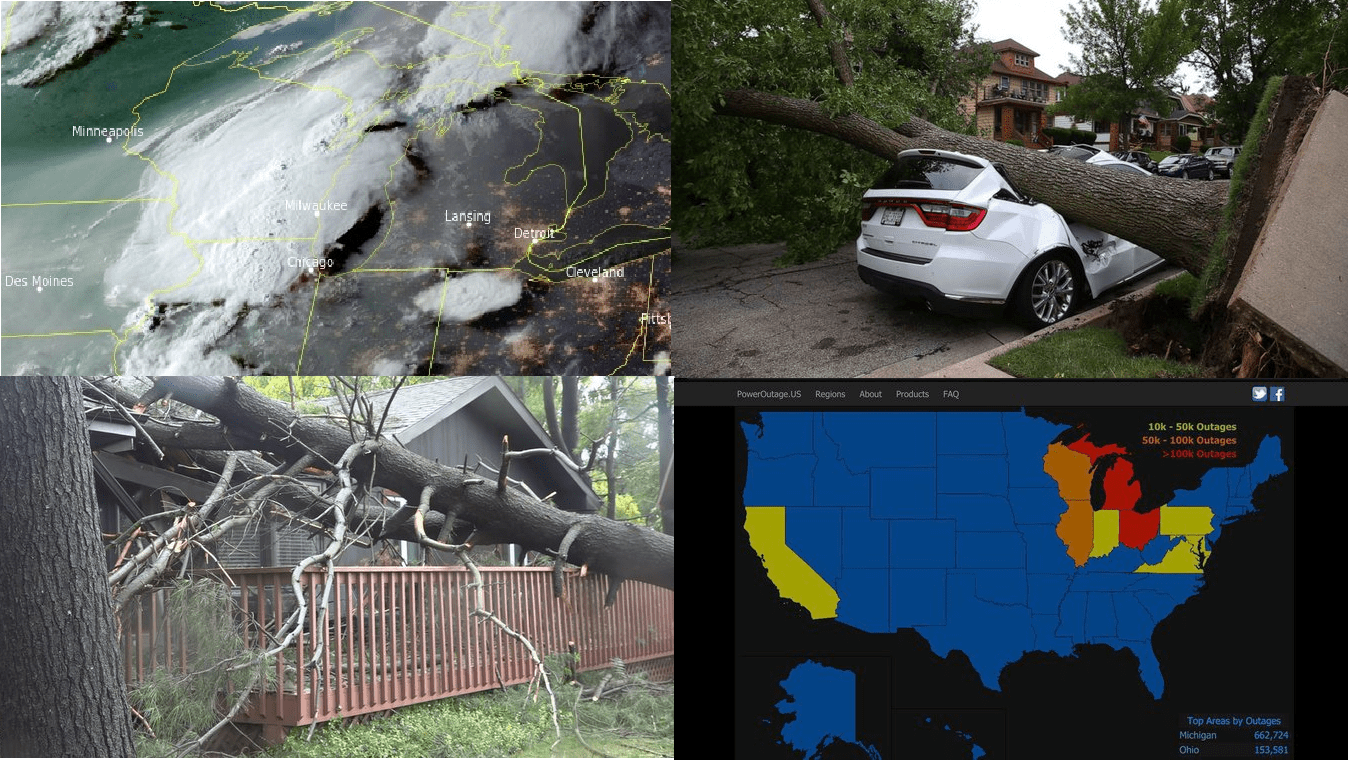 Only 1 year before a current event (before 9-11. August 2021), a devastating derecho hit in 2020 Iowa and neighboring US states, with widespread damages /https://mkweather.com/derecho-in-iowa-4-dead-damaged-crop-fields-with-area-of-european-country/; https://mkweather.com/powerful-derecho-180-km-h-112-mph-caused-lot-of-damages-in-the-us-chicago-region-heavy-storms-will-be-continue//.

Near Chicago, 12 tornadoes appeared, even /https://www.weather.gov/lot/2021aug09/: “Two rounds of thunderstorms produced significant rainfall across portions of northern Illinois on Monday, August 9th. The afternoon and evening thunderstorms were mainly supercells that produced numerous tornadoes, some of which caused noteworthy tree and structural damage in portions of Ogle, DeKalb, and Kane Counties.” wrote weather.gov.

The strongest storms hit parts of Michigan, Wisconsin, Illinois, Ohio, and Indiana, where the biggest damages were reported.

662K customers or 13% of all Michigan residents were without power including some parts of Detroit, Flint, and Ann Arbor. A significant threat for multiple tornadoes in addition to very damaging wind and large hail potential was reported.

Currently, the region is preparing for a serious heatwave (and heat dome): https://mkweather.com/longest-heatwave-in-northeast-and-midwest-the-usa-in-summer-2021-then-extreme-heat-dome-above-northern-usa/; https://mkweather.com/northern-usa-and-southern-canada-hits-in-the-next-10-days-extreme-heat-dome-a-peak-of-summer-2021-forecasted/, while from the south, Tropical storm Fred will bring a short cooldown around 17.-18. August 2021 /https://mkweather.com/tropical-storm-fred-hits-florida-southeast-mid-atlantic-northeast-into-the-caribbean-should-shift-hurricane-grace-floods-are-very-possible//.