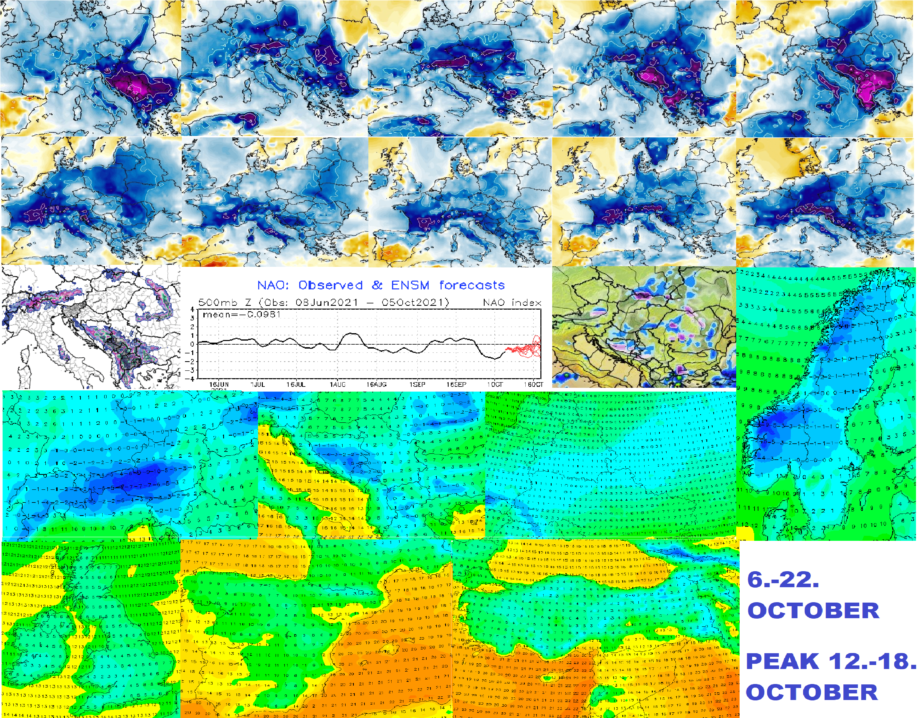 The worst situation will be in continental Europe and Balkan, where frosts up to -10°C in mountainous valleys with snow cover and snowfall in higher elevated regions and snow showers regionally in lowlands are possible.

The cold air mass will be shifting across Europe between 6.-22. October, with a big help from 2 Mediterranean cyclones, which will bring storms in southern Europe and northern Africa and related NAO- phase.

A peak of coldwave is forecasted sometimes around 12.-18. October, in western and northern parts of the continent regionally earlier, in southeastern parts later.

Frosts 0/-5°C should appear in some lowlands or lower situated basins, mainly in the wider region of the Alps, the Carpathians, and Dinaric Mountains, frosts up to -10°C are forecasted not only in Scandinavia, but a possibility will be here on snow cover in the Alps, Carpathians or Balkan mountains, too, locally.

In valleys and basins around 800 MASL, the maximum temperature during the coldest days should reach only +1/+3°C, while in lowlands, only +5/+9°C is possible – a heating season start will shift faster to the south, above Mediterranean countries.

It appears that a warmer period with late Indian summer will come only in the 3rd October decade and the 1st half of November 2021 – a 6-week ECMWF forecast will be updated already in the next Mkweather article.