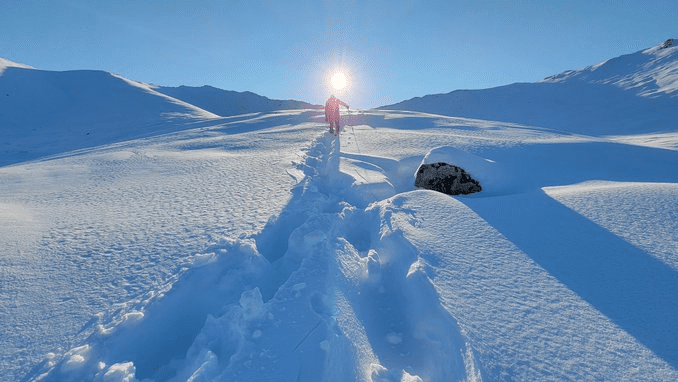 Canada, Alaska, and northern parts of the USA have experienced in the last period sharp differences in weather.

While Alaska and Western Canada, such as the Rocky Mountains reported before a few days severe cold blast /https://mkweather.com/yukon-canada-and-parts-of-alaska-nwt-nunavut-and-british-columbia-the-usa-canada-with-a-blizzard//, central parts of the USA and Canadian Plains reported extremely hot Indian summer – this anomaly hit all central part of the continent, including Texas /https://mkweather.com/texas-before-a-cold-front-rio-grande-428c-109f//.

According to information from Anchorage, Alaska, the earliest snowfall in history (tied record from 1996) was observed from 23. to 24. September 2021.

On the front side of a cold front, however, extremely hot weather was in the last hours and days peaking and while southern central Canada (Prairies) reported temperatures up to +34°C / 93°F and North Dakota, northern central USA (Northern Plains) surprised at the end of September with anomalous +37,8°C / 100°F!

It appears that central parts of the USA and southernmost Canada are waiting very strong Indian summer – a 6-week forecast for Europe, North America, and World will be updated on Mkweather soon.

(Visited 87 times, 1 visits today)
Liked it? Take a second to support on Patreon!