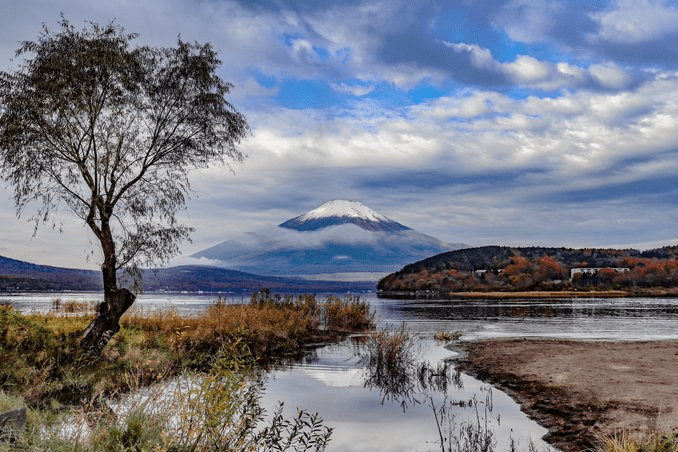 While Japan, China, Taiwan, and South Korea are preparing for Super-typhoon Chanthu /https://mkweather.com/typhoon-chanthu-hits-japan-china-taiwan-and-south-korea-tokyo-with-tmax-only-218c-and-floods-tornado-and-snowing-in-china// and the Philippines, Vietnam, and China for Tropical storm Conson /https://mkweather.com/tropical-storm-conson-hit-the-philippines-vietnam-and-se-china-floods-are-reported-from-thailand-myanmar-cambodia-indonesia-and-east-timor-se-asia//, another interesting anomaly, northward from both tropical systems appeared.

Local governments had received reports of snow on the summit already on 6. September 2021, but clouds blocked meteorological observations from taking place according to Intependent.co.uk.

According to the Japanese meteorological office, the temperature around the summit dropped to below zero early Monday evening, and snow subsequently fell during the next night from Monday to Tuesday, 6.-7. September 2021.

An event joined into the series of the next early frosts or snow events across the Northern Hemisphere, e.g. coldwaves in Europe or snowing in western Canada, which should signalize, that the upcoming Winter season 2021/2022 will come very early.

However, in western Europe, colder Autumn 2021 and Spring 2022 (such as across many parts of Northern Hemisphere), but milder Winter 2021/2022 thanks to Warm Blob anomaly above NE Pacific. In Canada and partially the USA, Western Siberia, or Eastern Europe, severe cold blasts are forecasted in Winter 2021/2022, while Eastern Siberia, northeastern China, and central and northern Japan should suffer from anomalous blizzards in the upcoming winter /https://mkweather.com/winter-2021-2022-forecast-the-first-reliable-estimates-extreme-cold-blasts-from-canada-and-western-siberia-snow-in-western-europe-and-eastern-asia-la-nina-qbo-to-qbo-shift-sufficient-nao-ao//.

Autumn 2021 forecast for Asia you will find here: https://mkweather.com/autumn-2021-forecast-for-asia-strong-monsoon-for-s-se-e-asia-hot-and-dry-in-the-middle-east-late-siberian-cold-blasts-in-w-siberia-and-snow-calamities-in-e-siberia/.

(Visited 104 times, 1 visits today)
Liked it? Take a second to support on Patreon!