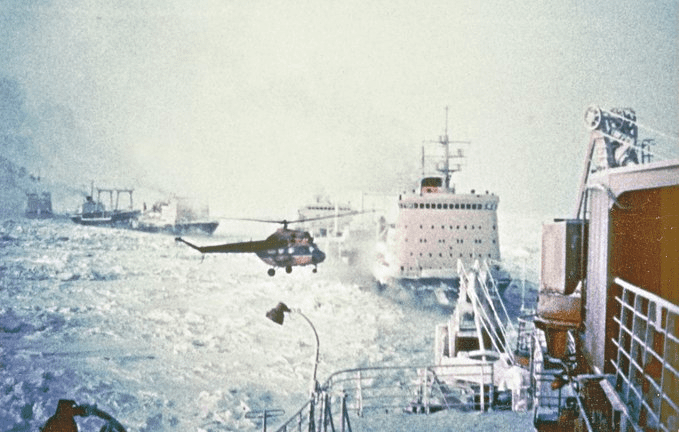 Already in the last article, we were informed about anomalously cold conditions in the Arctic, which has currently the 2nd highest Arctic Sea Ice Extent in the last 15 years (since 2006) /https://mkweather.com/arctic-sea-ice-extent-is-the-2nd-highest-in-15-years//.

Now we are bringing the next disturbing information from the Arctic – approximately 20 ships in the Northern Sea Route (mainly the Russian Arctic) have found themselves under ice attack – most of them are still stuck and ice-locked in usually available northern line, merging northern North America, Asia, and Europe with southern latitudes.

Icebreakers are still on way, some ships were already rescued during the last week.

The message is coming, when the Arctic is very cold and moreover, NAO- and AO- phases from late November to early January 2021-2022 are forecasted /https://mkweather.com/nao-index-falls-to-2-0-the-lowest-value-since-legendary-35c-frosts-in-europe-in-january-february-2021-or-206c-in-april-2021/; https://mkweather.com/extremely-cold-weather-until-a-new-year-2022-arctic-air-should-come-in-3-peaks-around-30-11-14-12-and-christmas-wider-european-region-estimates/; https://mkweather.com/winter-2021-2022-forecast-for-northern-hemisphere//.

In the next period is, therefore, possible the next worsening of the situation in the Arctic, and there is a possibility of 20-year Arctic Sea Ice Extent records overall and more than 20-year records regionally, across the Arctic.

According to some estimates, rescue should be one of the heaviest emergency convoys in the Arctic in recent history.

Similar crisis and fears appeared already since August 2021 in Canadian parts of the Arctic, when a regional route hasn´t melted in 2021 after years  /https://mkweather.com/a-lot-of-arctic-sea-ice-northwest-passage-canadian-arctic-should-be-closed-for-the-first-time-since-2008//.

The situation was followed by the highest Arctic Sea Ice Extent since 2014 /https://mkweather.com/arctic-sea-ice-extent-26-greater-than-last-year-12th-lowest-on-record-and-the-largest-since-2014//.

It appears, that North American spring conditions should be hard in the region, while Eurasia expects in February and March early warm spells or heatwaves /Winter 2021/2022 forecast with many links is available here /https://mkweather.com/winter-2021-2022-forecast-for-northern-hemisphere//.

(Visited 135 times, 1 visits today)
Liked it? Take a second to support on Patreon!