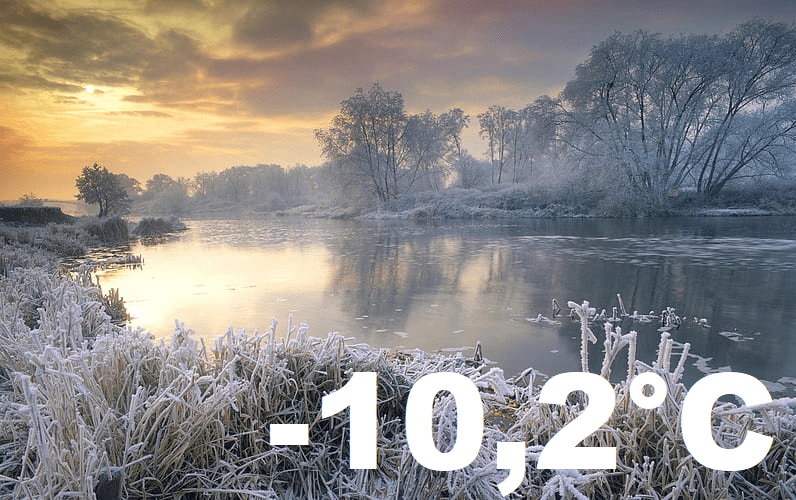 The first severe frosts hit continental Europe already on Sunday, 10. October 2021 and the worst is only coming!

Now, we should return back to Sunday´s 10. October 2021 morning and minimum temperatures measured across eastern half of continental Europe.

The coldest was traditionally in Czechia – in Perla Kvilda, -10,2°C was measured /https://www.irozhlas.cz/zpravy-domov/pocasi-rekordne-chladne-rano_2110101513_ako/. It´s the highest elevated village in Czechia, situated at 1065 MASL.

Now, we should look at temperatures measured below 1000 MASL from European lowlands and basins.

Vernár in Slovakia, 778 MASL, reported -5,5°C, the lowest temperature in Slovakia at the beginning season, so far.

Vasilevici in lowlands in Belarus, 142 MASL reported only -5,2°C on Sunday.

Very cold was in Moldovan lowlands, too, Soroca, 173 MASL reported only -3,9°C on Sunday.

Anomalously cold weather, with an absolute peak between 20.-25. October is forecasted minimally in the next 2 weeks in Europe.

Only then, in the last October 2021 days and in November 2021 is expected long-lasting Indian summer in many parts of mid-latitudes /https://mkweather.com/20c-in-northern-25c-in-southern-mid-latitudes-in-november-2021-untraditionally-late-indian-summer-for-northern-hemisphere-is-confirming//.