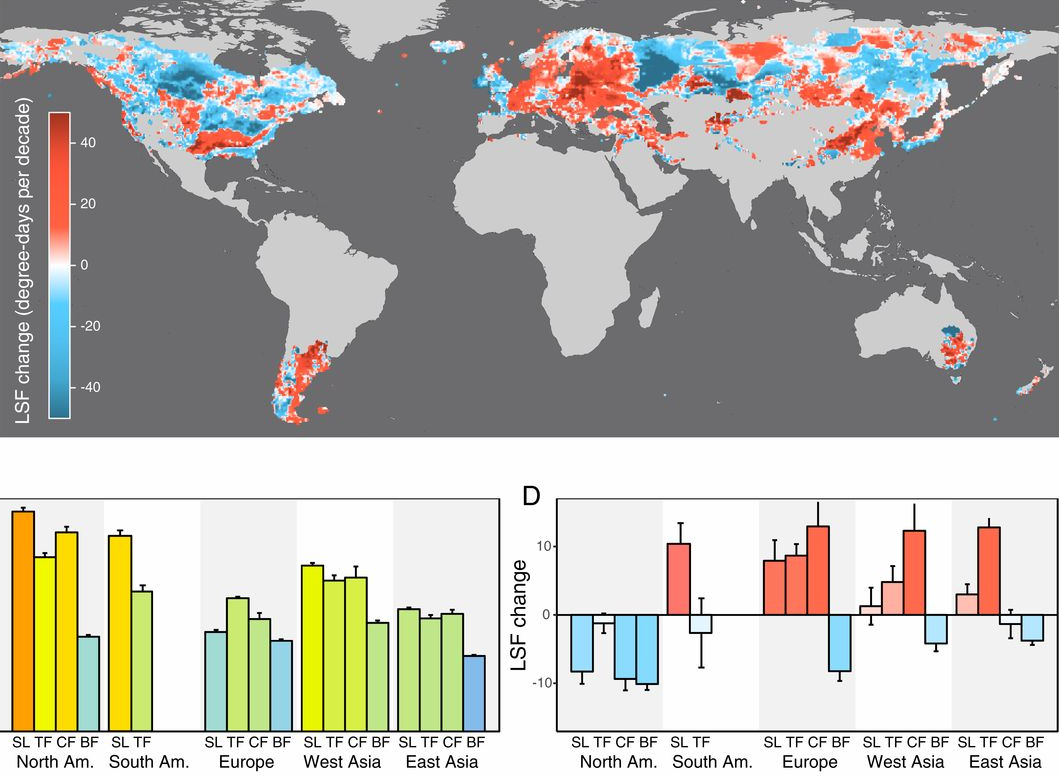 Not only Europe, but vineyards in Midwest and East Coast reported problems during the last period of severe frosts between 15.-25. April.

Many US cities, including warm coastal region in Mid-Atlantic reported in last period frosts, which should be for many plants damaging.

Not only vineyards, but too fruit trees and many sorts of outdoor flowers were affected.

While western USA expect heatwaves until 15. May 2021 /https://mkweather.com/death-valley-expects-first-110c-of-the-year-heatwaves-in-west-will-persist-until-15-may//, many cold fronts in central and eastern USA wil bring not only ideal conditions for tornado outbreaks /https://mkweather.com/heatwaves-frosts-and-tornadoes-forecast-for-the-usa-until-15-may-2021//, but it appears, that between 5.-15. May very good conditions for very late-season frosts.

2 coldwaves between 5.-15. May 2021 are forecasted to be divided only by short warmer period mainly in southern states.

Frosts should again appear in more southern regions such as in late spring usual and northern states should surprise even local snowing and temperatures should rarely drop up to -10°C / 14°F.

With full power will be hit the most densely populated part of Canada, too. Only in last period, parts of Canada reported extremely cold conditions /https://mkweather.com/the-strongest-late-frosts-in-southern-canada-since-1956-58-saskatoon-148c-winnipeg-115c/; https://mkweather.com/quebec-canada-extremely-cold-270c//.

Trend in 2021 with strong late coldwaves will be therefore in North America preserved, while in Europe, heatwaves should surprise gradually /https://mkweather.com/may-brings-heatwaves-in-europe-estimates-of-national-maximum-temperatures-hot//, although, the start of May should be very cold /https://mkweather.com/frost-and-ground-frost-forecast-for-europe-until-15-may-2021//.