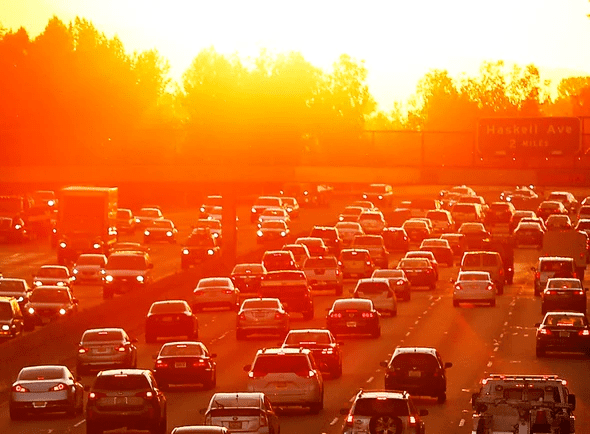 While the Great Lakes region, Northern Plains, and Canadian Prairies have experienced a powerful blizzard, California in the last 5 days has reported an anomalous late-season heatwave.

In many other places, tropical temperatures were measured, with regional November temperature records.

Hot air sent above the region a Hawaiian high, which will be in the next period, mainly between 16.-20. November weakening, with the next coldwaves.

However, in the third November decade, extremely hot air advections should regenerate, and mainly in the last November pentade, it should appear similar, tropical (above +30°C / 86°F) or even supertropical (above +35°C / 95°F) temperatures above the most populated US state.

By heatwaves were / will be partially hit other, neighboring, American states, too, but not with so strong intensity such as California.

At the same time of reaching of temperature records in California, Norutak Lake, Alaska, reported extremely cold -28°F / -33,3°C and just from this area, the next cold air masses will be moving southward and eastward in the next period.

According to Winter 2021/2022 forecast for North America and North Hemisphere, winter above the continent will be strengthening until February 2022, but there was a possibility of warmer weather during the peaking of winter in Southwest /https://mkweather.com/winter-2021-2022-forecast-for-northern-hemisphere-an-awakening-solar-activity-la-nina-neutral-nao-ao-wet-mjo-and-iod-to-drier-mjo-and-iod-qbo-ne-pacific-warm-blob-aao/; https://mkweather.com/winter-2021-2022-forecast-for-north-america-a-peak-of-winter-with-extreme-arctic-blasts-and-blizzards-in-february-2022//.

Topics of the next Mkweather articles will be winter conditions in Great Lakes, Northern Plains and Canadian Prairies such as extremely cold forecasts for Europe.