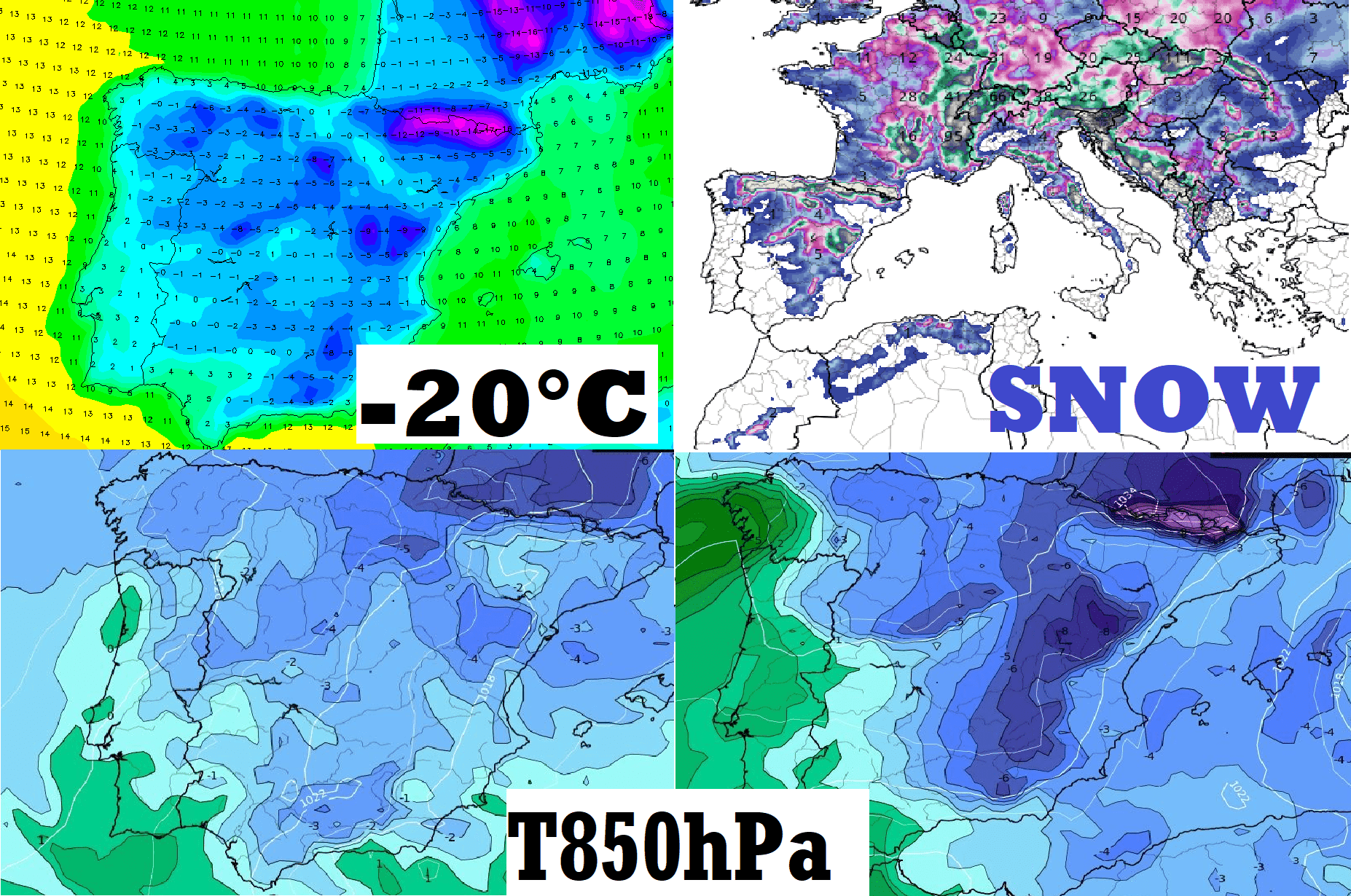 In France and Central Europe, -25°C and severe blizzards are according to these outputs possible /https://mkweather.com/central-europe-winter-should-start-with-historic-30c-in-frost-valleys-blizzards-and-snow-calamity-very-possible/; https://mkweather.com/temperature-records-25c-and-up-to-1-meter-of-snow-in-france//.

In basins and valleys below 1000 MASL in Spain, temperatures up to -20°C are possible, while northern Portugal and North Africa should surprise with very strong frosts up to -10°C below 1000 MASL.

Severe frosts below -10°C are not excluded in many big Spanish cities situated in basins, including Madrid.

Frosts will be associated mainly with a presence of snow cover, which is forecasted mainly in northern, eastern, and central regions of Spain, some snow is however forecasted for NE Portugal or Atlas region, Morocco, Algeria, and Tunisia.

Frosts and ground frosts are very probable even in the warmest part of Europe – in Andalusia and southernmost Portugal, some snow sleets should appear in Andalusia, too.

Frosts will start already early next week, around Tuesday, 23. November 2021 and will be lasting minimally until the end of outlook, 3. December 2021, therefore minimally 10-12 days, although, according to our long-term forecasts, probably until New Year 2022 /https://mkweather.com/winter-should-be-strengthening-until-new-year-2022-wider-european-region-estimates//.

Extreme winter conditions should bring in Europe worse virological situation, more heart attacks, worse conditions for many types of cancer, or risk of hypothermia, such as bad conditions and accidents on roads and highways, limitations for outdoor activities, or regional gas crisis.

(Visited 220 times, 1 visits today)
Liked it? Take a second to support on Patreon!