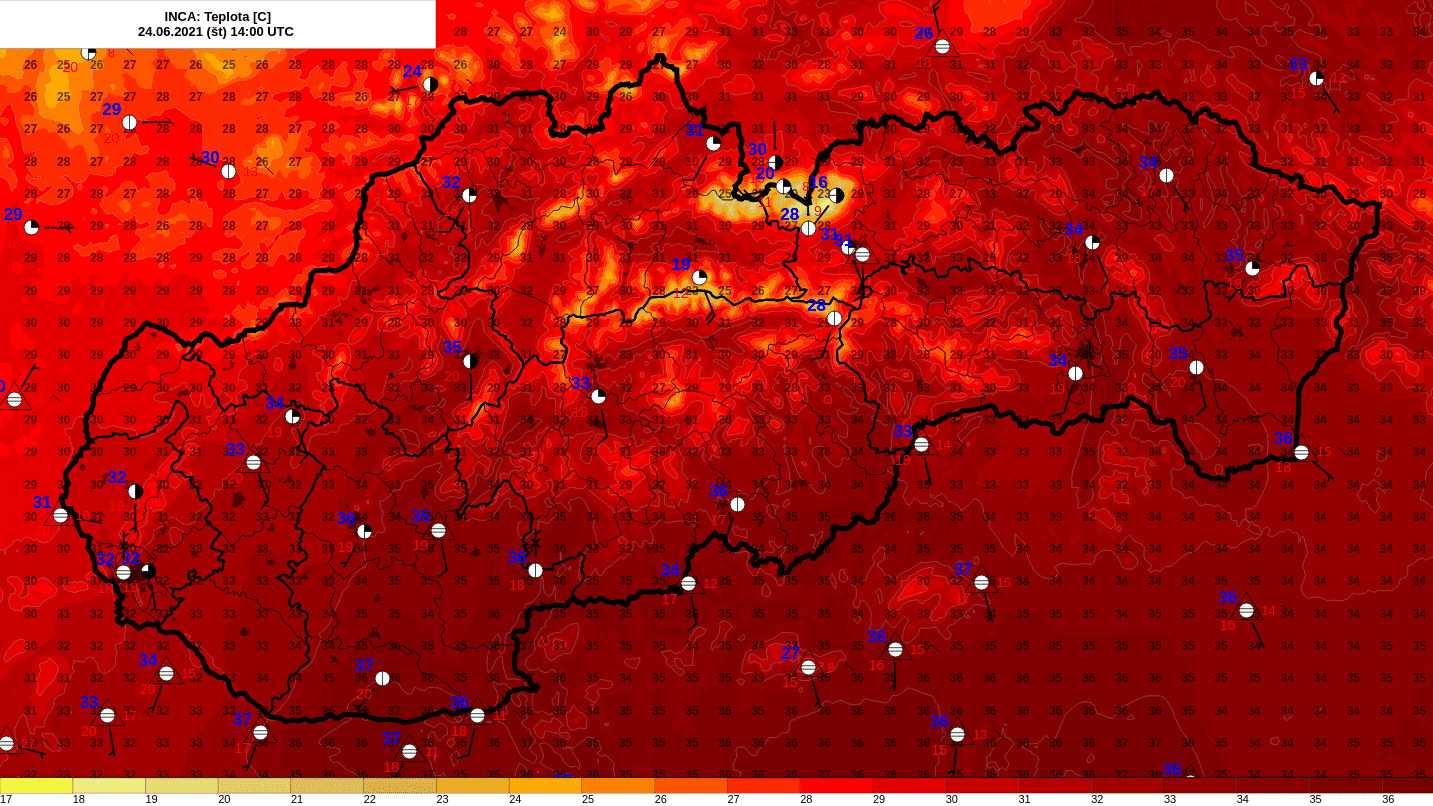 This temperature is only 0,2°C below all-time June record for the country.

In neighboring Hungary, the first time in June, +40,0°C was measured and all-time June national record was broken /the next article/.

Similarly, across western Balkan, many all-time national June temperature records and June records in capital cities were measured /the next articles/, with temperatures up to +42°C.

In Slovakia, some forecasts see a chance for +39°C in southeastern parts of the country on Friday, 25. June 2021, too, what should mean all-time record.

All news in Czechia, Slovakia and neighboring countries are however currently focused to extreme EF3 – EF4 tornado event in southern Moravia, tightly near Slovakian and Austrian border, which caused 5 dead, 200 injuries and extensive damages /Czechia hit EF3 tornado, 5 dead, 200 injured, 7 villages destroyed! If is something apocalyptic, so scenes captured from hit areas – it was the strongest tornado in Czechia in all-time history! | mkweather/.

Extreme storms are on Friday, 25. June shifting above Poland, Slovakia or Hungary and large hails, such as damaging winds, flash floods or rare tornadoes are highly probable in the region.

In you live in Central Europe or you are on vacation here, you should watch current weather warnings, advisories, forecasts and news for better preparedness.