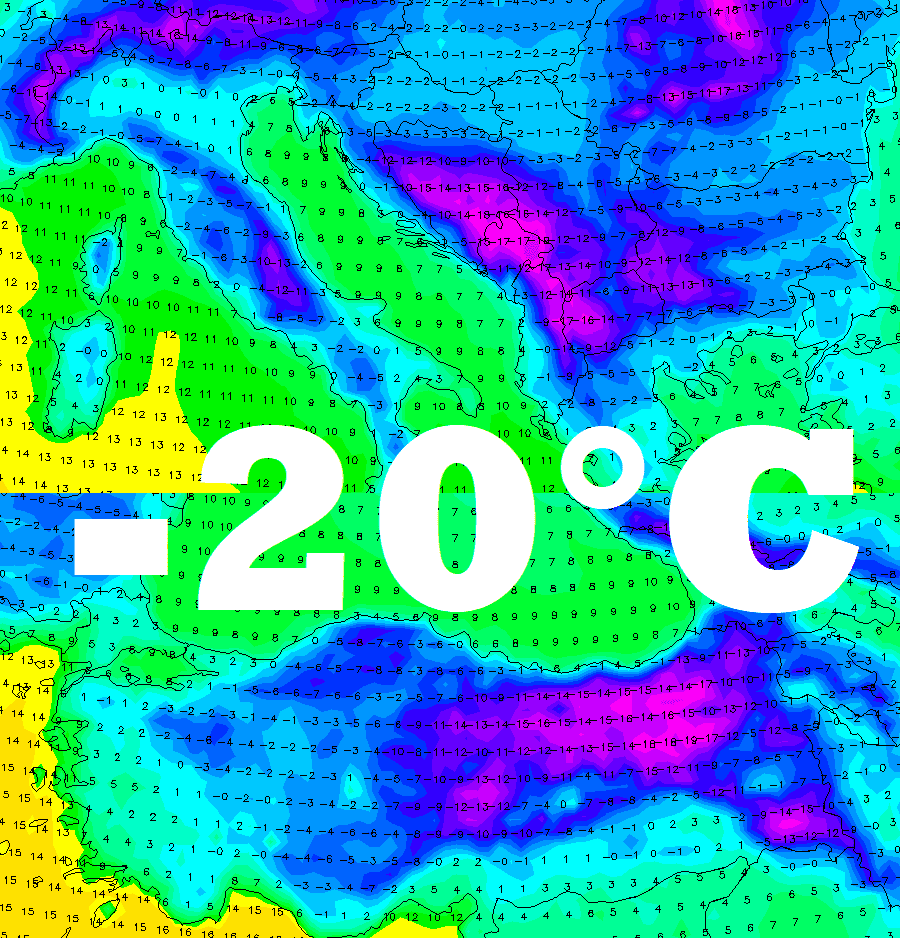 In the last series of articles (our homepage), since late October 2021, we have been warning before an early arrival of winter conditions in Europe, which were forecasted to strengthen until the end of the month.

NAO index is forecasted to fall into values around -1 already in 10 days /https://mkweather.com/the-end-of-november-should-bring-a-very-low-nao-index-greenlandic-arctic-and-siberian-winter-should-come-very-early-peaks-between-20-11-20-12-2021//, with a result of extremely cold conditions across wider European region /https://mkweather.com/winter-should-be-strengthening-until-new-year-2022-wider-european-region-estimates// until Christmas 2021, or maybe even a New Year 2022.

These forecasts were supported by ensemble outputs (GFS model) /https://mkweather.com/extended-gfs-ensemble-forecast-for-european-region-until-30-november-2021-arctic-winter-will-come-already-next-week//.

These temperatures are deeply below November’s and early December´s historic averages.

T850 hPa should a few days earlier reach below -10°C above parts of northern Balkan.

Snow cover and severe blizzards are forecasted for large parts of Balkan and Turkey. In Italy, snow will appear mainly in mountainous basins and valleys (runs from 12Z are snowier than from 06 Z for Italy – we recommend checking later).

Snow cover along with coastal areas of Italy, Balkan, Greece, or Turkey, however, isn´t regionally excluded, mainly during night and morning hours.

Air, which will flood Europe soon, will have origin in Greenland, where record -55,6°C was on 7. November measured – so extremely low temperatures have never appeared above Summit so early, so far /https://mkweather.com/summit-camp-greenland-556c-possibly-never-has-been-so-extremely-cold-so-early-in-the-season//.

(Visited 1,040 times, 1 visits today)
Liked it? Take a second to support on Patreon!