The next national June temperature record in Europe was on Thursday, 24. June 2021 broken in Montenegro.

In Danilovgrad, +40,3°C was measured, what is 0,2°C higher temperature such as previous June record for the country.

In neighboring Serbia, +39,9°C was measured, with a new all-time temperature record for Belgrade /the next Mkweather article/.

All-time June record was reached in Sarajevo, Bosnia and Herzegovina, too /the next article/.

Greece reports +41,0°C so far in Serrai (Thursday), but locally it should be up to +43°C and until the end of current week, +46°C, similarly such as in Italy, is possible.

In Czechia, extreme EF3 - EF4 tornado event in southern Moravia, which caused 5 dead, 200 injuries and extensive damages /Czechia hit EF3 tornado, 5 dead, 200 injured, 7 villages destroyed! If is something apocalyptic, so scenes captured from hit areas – it was the strongest tornado in Czechia in all-time history! | mkweather/.

Severe storms should hit Balkan at the weekend, too, but then, the next extreme peak of heatwaves is prepared for last days of June 2021, with possibility of even higher temperatures. 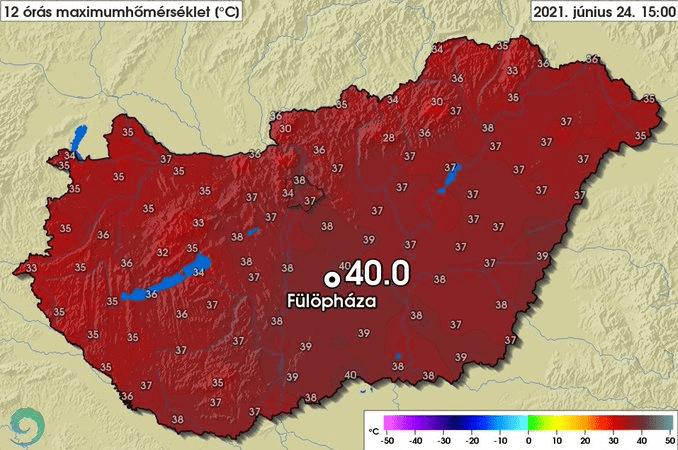 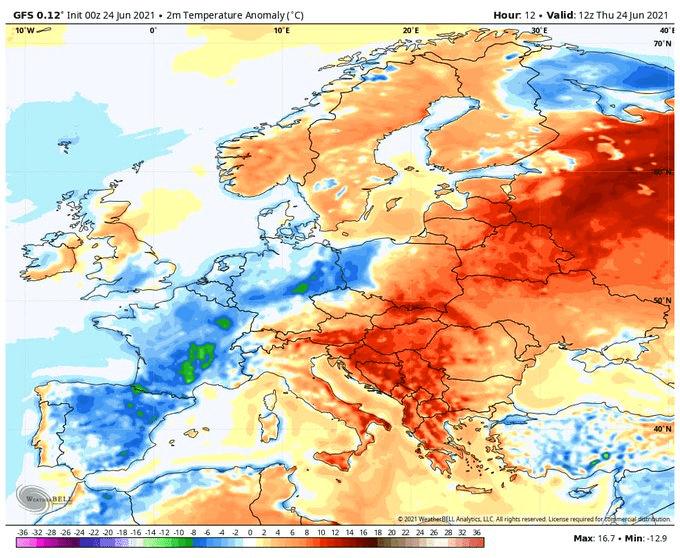