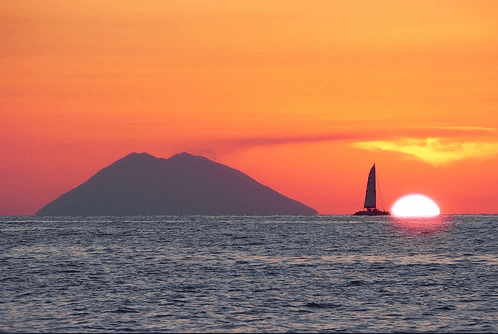 The next in our tour towards European extremes during current heatwave is Malta and Stromboli Island, Italy.

Within Sicilian agrometeorological site /SIAS – Precipitazioni in tempo reale ultima ora (regione.sicilia.it)/ was on Thursday measured the highest temperature of the week, +44,6°C in Caltagirone, but for official temperature record from other stations we probably will be waiting some time (it should be again around +46°C, such as on Wednesday /the last link from the first series of links above/.

In Malta, extremely hot was in Luqa and Gudja, both. +40,2°C, what were the newest temporarily all-time June national record for Malta, from Thursday, 24. June 2021.

Extremely hot was already on Wednesday, 23. June on Stromboli Island, Italy, +37,7°C, what is a new all-time June record for the island.

Many monthly temperature records were broken across Italy in last days.

Already in next week, the next extreme heatwave is prepared for almost same areas, with possibility of +47°C in southern Italy /Temperature, previsioni meteo di CALDO ATROCE, sino 47°C in Sicilia – Meteo Giornale/, therefore, with watching temperature records we have not finished, yet.