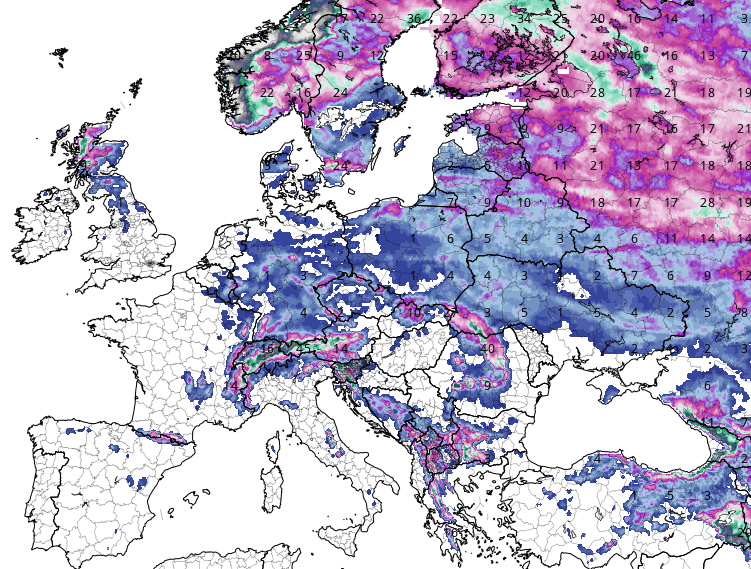 Already at the weekend is starting powerful coldwave, which in southern parts fo Europe will persist minimally until 10. March and in northern or eastern parts, maybe until 15. March 2021!

Coldwave won´t bring only very strong frosts /https://mkweather.com/strong-coldwave-with-snowing-hits-parts-of-europe-between-5-10-march//, but in many parts of Europe last heavier snowfall of the winter season.

Above 20 cm of snow is expected mainly in Scandinavia, Russia, the Alps, the Carpathians, Caucasus or Scotland.

Some snow is expected even in Belgium, Luxembourg and the Netherlands, but too in eastern France, Denmark, northern England or northern Greece.

Snow flakes should see around 90 – 100% of territory of Poland or Germany, what is around 10. March relatively rare.

Mkweather soon will update forecast of expected temperatures during the coldest days of upcoming period and too, the next evolution of weather after coldwave (the next powerful warming up is expected, with possible +20°C temperatures in continental Europe).

8 thoughts on “Snowing hits Europe! Including the UK or Benelux”