Home›Articles›Finland, Sweden and Norway fear that snow won´t melt in the summer

Finland, Sweden and Norway fear that snow won´t melt in the summer

Many snowstorms brought untraditionally predominant NAO- winter, when should be above Scandinavia drier and colder air. A few severe snowstroms was however least to creating of regionally record high snow cover and freezing and cold conditions only conserved it.

Around Friday, 19. March 2021, minimum temperatures in Scandinavia should again reach below -30°C /https://mkweather.com/europe-the-strongest-frosts-hits-at-the-weekend-20-21-march-in-valleys-in-czechia-and-france-20c-possible// and it is a question, if expected warmer spring weather at the end of March and in April 2021 /https://mkweather.com/before-an-easter-will-come-warm-spell-first-25c-of-the-year-in-contiental-europe/; https://mkweather.com/ecmwf-signals-for-warm-anticyclonic-april-2021-in-europe// won´t bring into Lapland only the next snowfall, because during NAO+ phase, Scandinavia is in contrary with continental Europe very humid (mainly northern parts, where stormtrack of Icelandic cyclone is shifted).

If rest of March and April ends with lack of snow melting, NAO- summer scenario is still relatively cold and humid for western Scandinavia /https://mkweather.com/first-forecast-for-summer-2021-in-europe-la-nina-and-nao-hot-summer-is-probable//, therefore in the case of not so extreme heatwaves during July and August (June is often with snow in the region, yet), it should appear a few localities, where snow won´t be melted.

According to helsinkitimes.fi /https://www.helsinkitimes.fi/finland/finland-news/domestic/18867-snow-piles-built-up-this-winter-may-not-melt-during-summer-in-finnish-capital-region.html/, even, scenario with summer snow is possible for southern, densely populated parts of Finland, too. Snow cover is according to server 1.7-times deeper than usual.

It appears, that parts of Scandinavia should be prepared for untraditional year 2021, when minimally the first tropical days (above +30°C) should be regionally associated with remnants of snow cover from previous extreme winter. 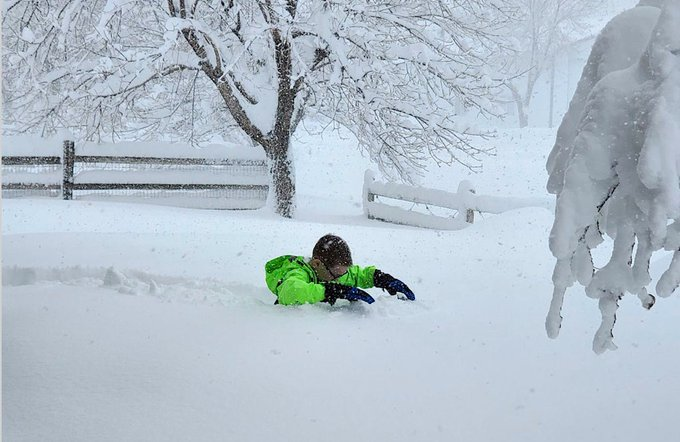