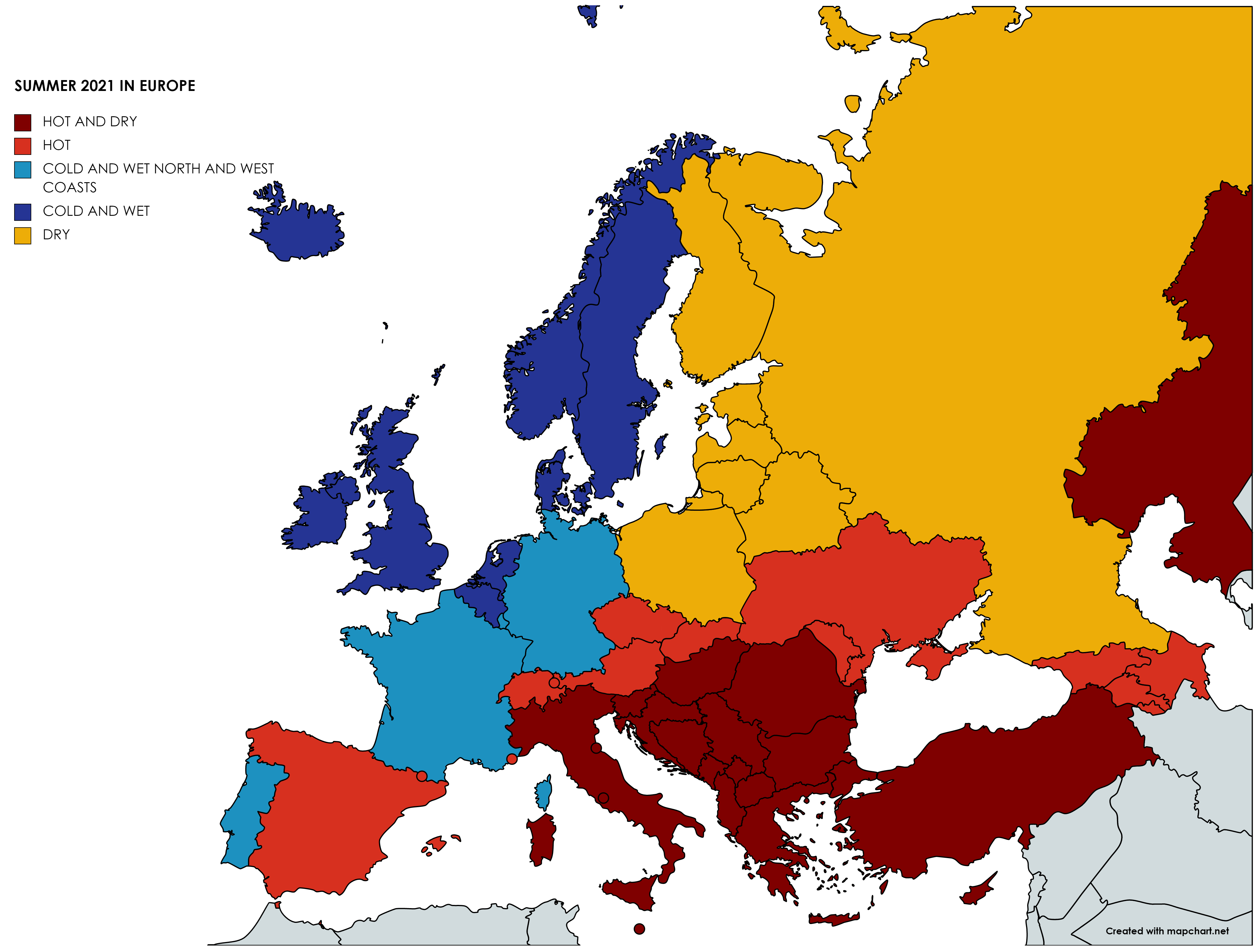 This is only preliminary forecast for Summer 2021 and Mkweater will update series of summer forecasts for all continents during the Spring 2021.

This forecast is based on knowledge, that year 2021 is and probably will be, yet, very similar with other La nina years, e.g. 2010 or 2012, which brought extreme frosts in winters, but extreme heatwaves in summers, on the other hand.

Question is, if stronger La nina will be persisting until Summer 2021, or we will jump into neutral ENSO phase earlier, than La nina effects should appear in parts of the world.

If we not consider this La nina rule, there is another, “a 70% rule” – around 70% of summers after 2000 were with predominant NAO- phases, therefore, this statistic is still quite successful.

The most questionable from forecasted “countries” are France and Germany, where during NAO-/AO- shorter, but abnormal Saharan heatwaves should hit, but all character of weather mainly in northern and western coast (and too Portugal) should be colder and wetter.

Cold and wet conditions are in this model forecasted for all northwestern Europe.

Extremely hot and dry should be Turkey, Balkan, Italy and Spain and too belot from the Alps into Ukraine.

Russia, Finland, Baltic region, Belarus and Poland appears very dry, with extreme heatwaves, too, but overall, mainly in Baltic coast, not with so warm summer such as in southern regions of Poland and Russia.

At all, Mkweather expects really powerful heatwaves in 2021, in western Europe shorter, but very intensive, in eastern and southern Europe longer and regionally disastrous, therefore it is possible, that after cold winter and early spring we will see hot summer season, soon.

(Visited 2,165 times, 1 visits today)
Liked it? Take a second to support on Patreon!