On Saturday, 17. April, the next cold morning hit parts of the UK, France, the Spain, Italy and some parts of the Alps and Balkan.

According to coolwx.com weather tool, daily temperature records has been overcame again in the UK, France and the Spain, while in eastern parts of Europe, morning was milder, although, with lighter or stronger morning frosts.

It appears, that frosts 0/-5°C will be relatively common in parts of Europe with anticyclonic weather until 25. April 2021 /maps with T2m anomalies at 6:00 below/. Severe frosts will be continuing to devastate harvest, during the next mornings still mainly in western, gradually in eastern parts of the continent.

Change will come in last April 2021 pentade, but it won´t be a happines in form of extremely hot summer weather - large cyclonic area brings above Europe heavy rains, regional storms and low maximal daily temperatures, near heavy rain below +10°C, mostly around +15°C and rarely +20°C, however, without significant morning frosts.

Sahara is however very hot and ECMWF already for May 2021 expect extreme heatwaves in western and southern parts of Europe - we will look at these forecasts in the following article. 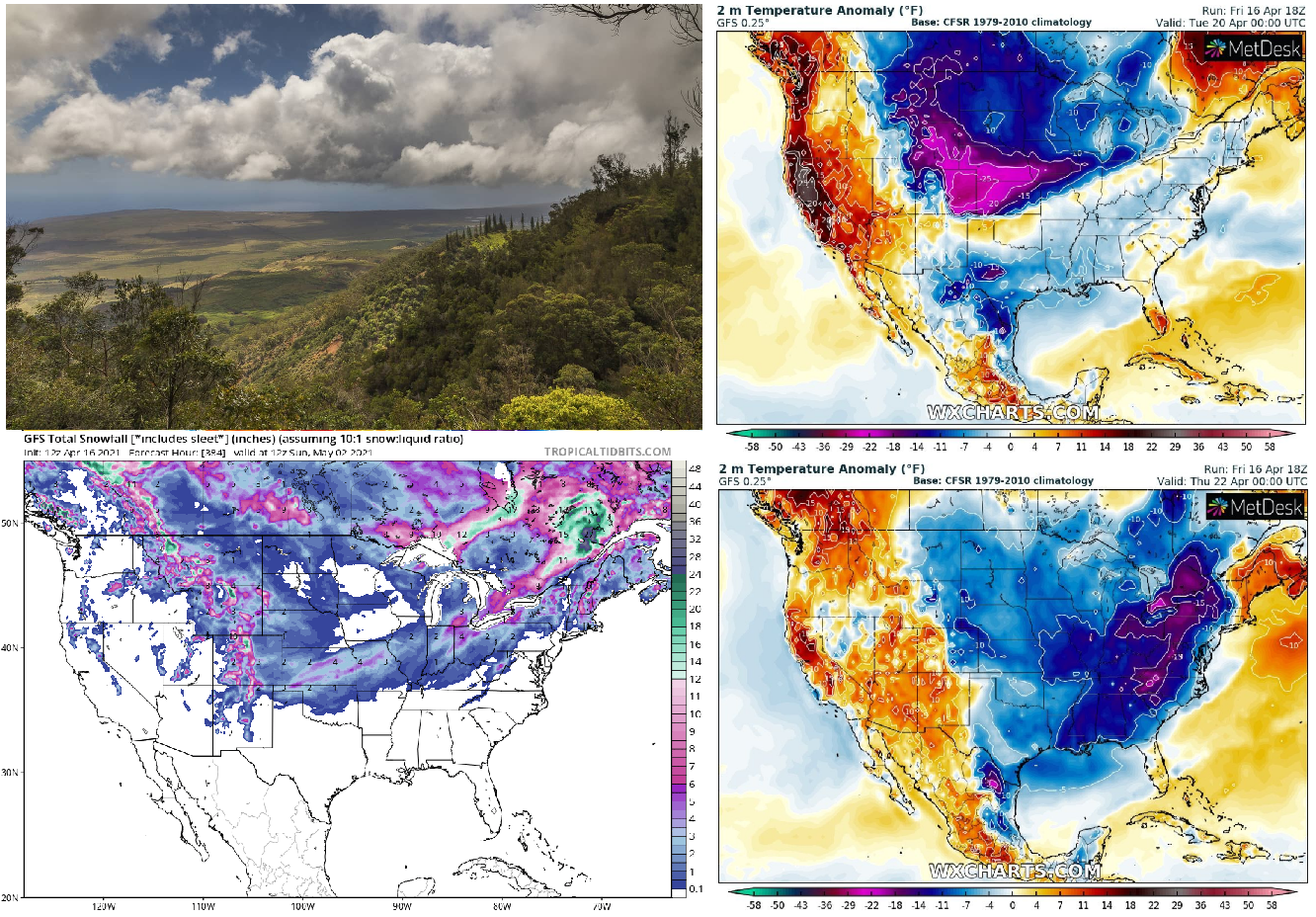 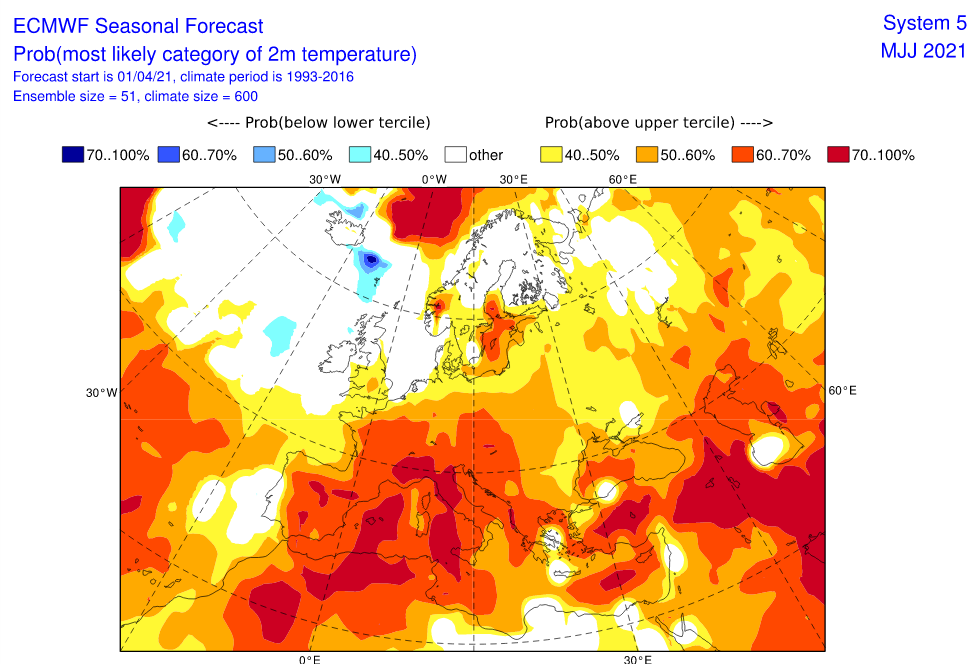