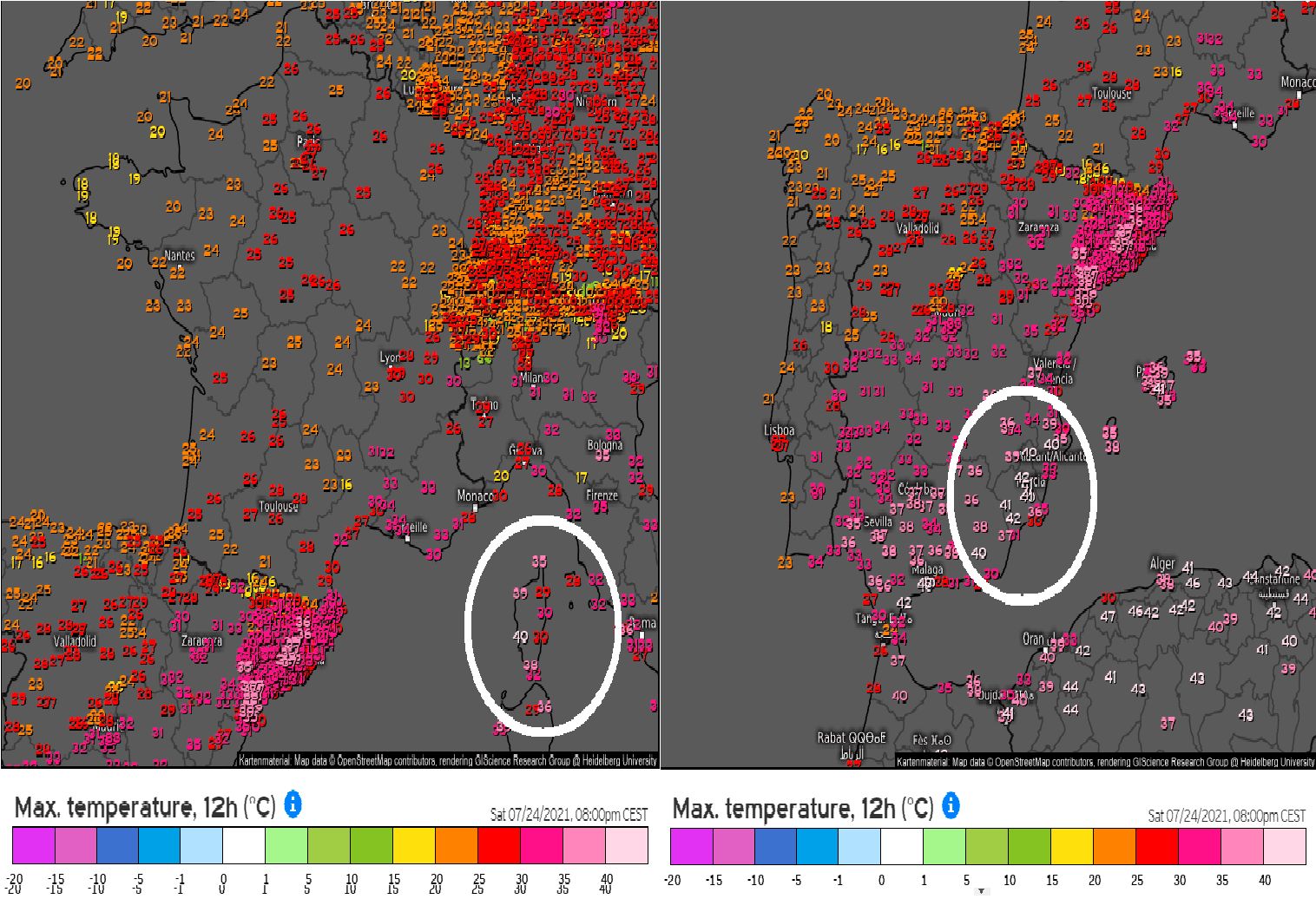 The next summer heatwave hit in the last days Iberia and southern France and hot period for Italy, Balkan, SE Central Europe and Ukraine is prepared /the next Mkweather article/.

France experiences after very cold Spring 2021 with damaging frosts and losses of harvest colder Summer 2021, without abnormal heatwaves above +45°C.

Very hot was in Iberia, too, Malaga in Spain reported +42,7°C /http://www.aemet.es/es/eltiempo/observacion/ultimosdatos?k=esp&w=1&datos=img/, but still, bot so hot such as +45,0°C in Murcia some period ago /https://mkweather.com/murcia-spain-450c-all-time-record-is-461c//.

Meanwhile, Northern Ireland broke the all-time temperature record for the third time in a row (+31,4°C) and in Wales and Scotland, the highest temperatures of the year were measured (+31,2°C and +29,3°C).

In England, +32,2°C was measured in London, Heathrow a few days ago.

According to ECMWF, extremely hot weather should return into parts of SW / W and NW Europe only in the second half of August 2021.