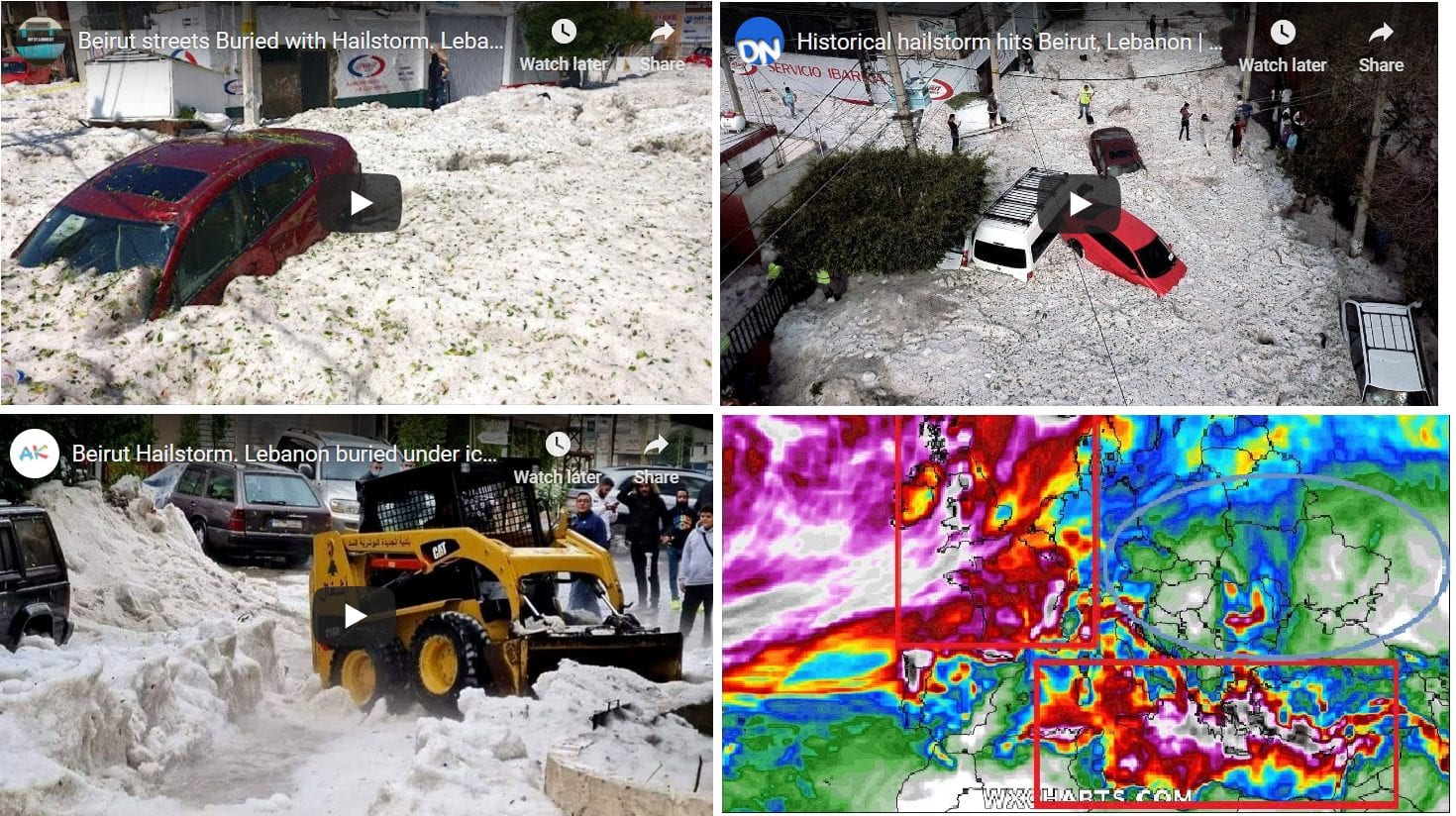 Not only Italy or Croatia /https://mkweather.com/2020/12/08/italy-the-level-of-the-river-rose-from-05-to-12-meters-during-the-night-extreme-floods/; https://mkweather.com/2020/12/06/floods-hit-split-cro-and-salerno-it-so-intensively-hasnt-rained-since-1975//, but too Lebanon hit according to few media historic storm, in this case hailstorm, with ice flood in Beirut on Saturday, 5. December 2020.

According to watchers.news dropped on Saturday 50 mm (2 inches) of rainfall only for 25 minutes with decrease of temperature from +21°C to +13,5°C.

16-day forecats still expect heavy storms in Mediterranean and northern parts of Middle East until 26. December 2020. Around Chritmas, rain and snow occurrence will increasing in western Europe, while central parts of a continent, such as southern parts Middle East, will be drier.

(Visited 97 times, 1 visits today)
Liked it? Take a second to support on Patreon!