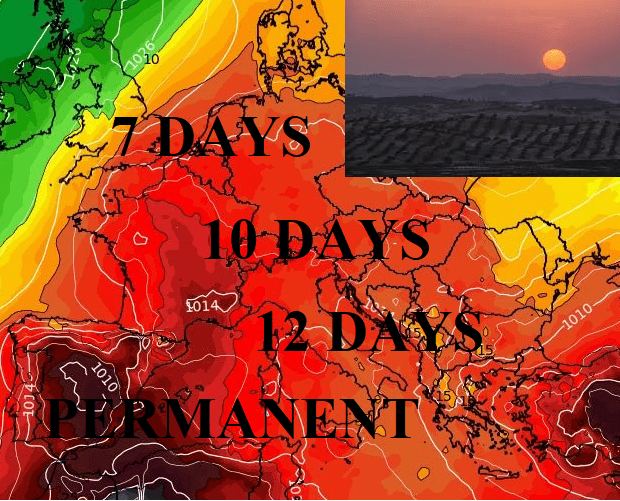 Storm round in Europe still is bringing severe storms and flood potential in Balkan and Greece, but in Spain and France, and in Thursday in England too, is starting a new, long heatwave across Europe.

While in parts of Central Europe it can be 10-day long heatwave, in western parts of Europe will be hot little shorter and in northwestern parts will be limited for few days or hours, or will not come neither.

However, GFS model forecasts for London area really hot weather for a time long a week! (6.-12. August) It is possible time, when temperature in 850hPa level above +15°C, or closely to +15°C will persist over southeastern England, with possible temperatures +30/+32°C, at the weekend up to +33°C and on Friday up to +35°C!

Heatwave maybe won´t be so strong, such during the hottest day in London ever, 31. July 2020 (+37,8°C), but tropical or supertropical days in England are quite rarely and used for summer holidays activities.

In Central Europe, temperatures could reach +38/+39°C regionally and hot air will be moved more northern than during previous heatwave – above Denmark, southern coast of Norway, southern Sweden and Baltic states, too between 12.-14. August (with maximum temperatures +30/+32°C). In Germany, heatwave will be peaking around Wednesday, 12. August and in East Central Europe around Friday, 14. August 2020.

Let´s to enjoy hot summer times, because autumn is closely and it´s possible, that it will start with a big worsening of weather.

(Visited 60 times, 1 visits today)
Liked it? Take a second to support on Patreon!