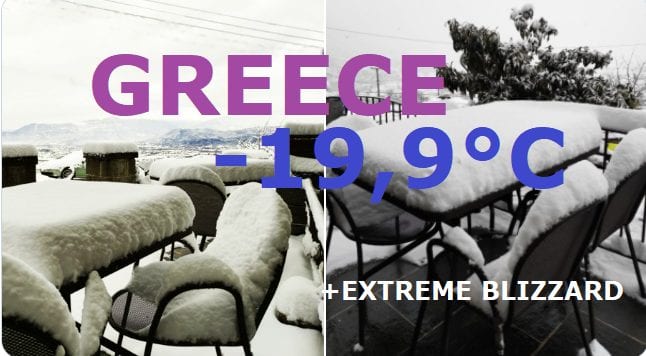 From many parts of Greece, including Athens, was reported before an arrival of extremely dry and cold air from the north, heavy snowing, with result of the strongest blizzard in some parts of Greece for 12 years.

In Paximada Karystou, on the island of Evia, 118 km/h wind gusts were during the blizzard observed.

Heavy snowfall surprised islands in Mediterranean, too, including Crete.

Wave of extreme Siberian winter is currently shifting from continental Europe into Finland, Baltic states, Belarus, Ukraine, Balkan, Greece and later it will shift into Turkey and Russia.