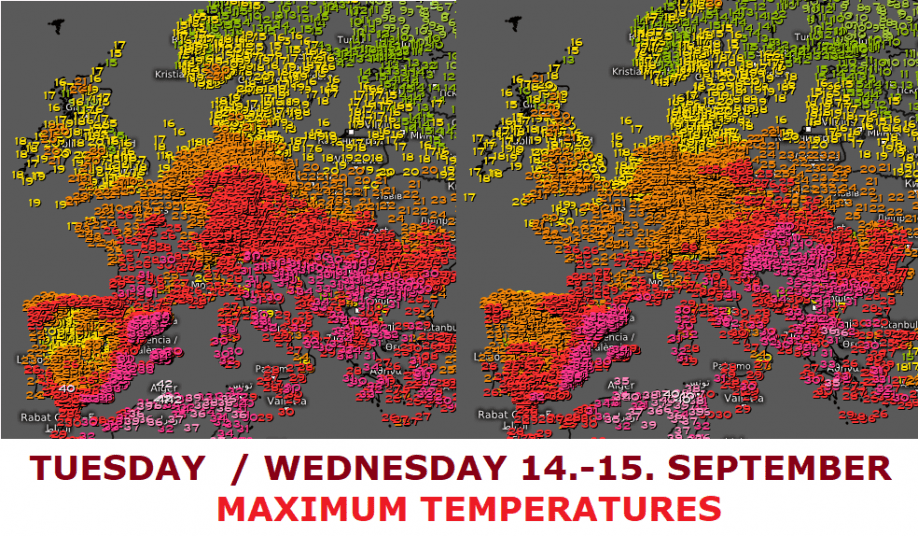 The last supertropical (above +35°C) day in Balkan and the last tropical (above +30°C) days above south-Central Europe are after us and we should on Thursday, 16. September only summarize reached temperatures during the peak of heatwave around Wednesday, 15. September 2021 in the region.

Such we forecasted in series of articles before /https://mkweather.com/extreme-cold-blast-in-europe-will-be-longer-5c-frosts-in-valleys-maximum-temperatures-regionally-only-5-7c-in-eastern-central-europe-and-balkan-cold-times-in-croatia-greece-and-t//, powerful coldwave is waiting for large parts of Europe, including mentioned region, and outlook until 25. October 2021 is very cold, too /https://mkweather.com/forecast-for-europe-for-the-period-15-september-25-october-2021-western-europe-lot-of-indian-summer-east-severe-frosts//.